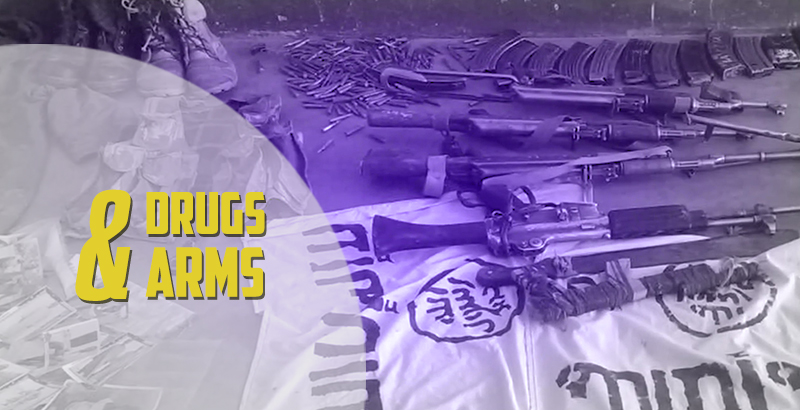 According to Afripol, Boko Haram’s main source of the revenue is protection of drug and arms trafficking in Central and West Africa. This information is confirmed by detained Boko Haram militants detained during the African Union’s military operation against the terrorist group. Reports also emphasize that Boko Haram, which pledged an alliance with ISIS and took an alternative name, Islamic State West Africa Province or ISWAP in 2015, is continuing to control a wide network of drug and arms trafficking despite a series of battlefield setbacks. This allows militants to answer on the military pressure with a wide range of terror acts.

The main sphere of Boko Haram’s activity is the region of Lake Chad and in the northeastern part of Nigeria where main trafficking routes are localized.  The group is able to get revenue from providing logistical support to drug lords transporting heroin and cocaine to Europe through Port Harcourt and Port of Calabar in Nigeria. Any attempts to push militants from this region face a tough response of Boko Haram defending its financing sources. Now, Boko Haram is expanding its business into Port of Abidjan and Port of San Pedro and corrupting port officials in order to allow trafficking there.

Another well-known transport route of drugs and arms lays through the northern part of Mali to Libya, Morocco and Algeria. Al-Qaeda in the Islamic Maghreb (AQIM) and local jihadi groups are the beneficiary party of this route. AQIM and Boko Haram don’t coordinate military operations or terror acts. The only thing what unites these groups is involvement into a wide network of trafficking from the South African Republic, the Democratic Republic of the Congo and the Central African Republic. Thus, AQIM and Boko Haram operate as a kind of criminal syndicates with main aim is to build a transnational criminal network. These groups use Jihadi ideology and propaganda as a common tool to hide their real aims and rake recruits in the region of activity. Al-Shabaab which operates in Somali has a similar pattern. The only difference Al-Shabaab is seeking to control arms trafficking from Yemen.
South Front