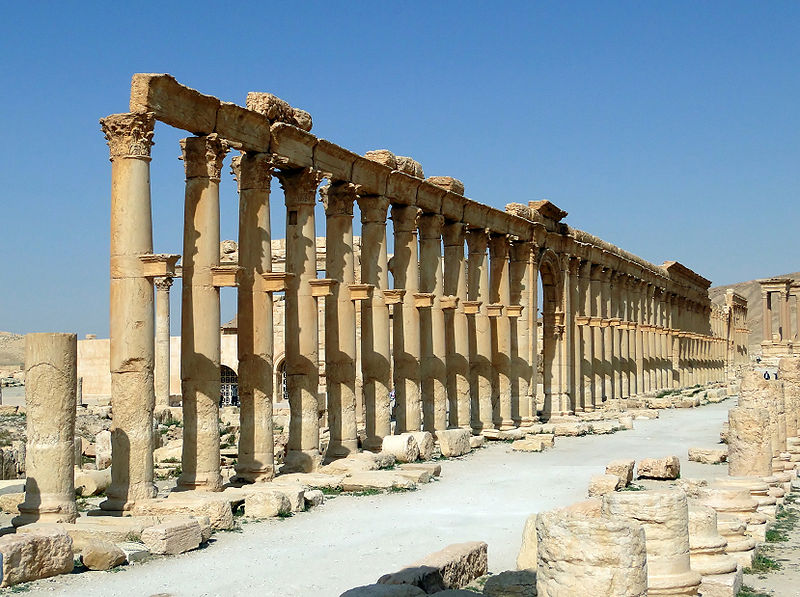 [ Editor’s Note:  This is the first report showing Russia withdrawing and attacking at the same time, on the day after Putin’s pullback announcement. This sent a needed signal to the Syrian people that Moscow will remain in the offensive against ISIL and al-Nusra until they are defeated.

But we will need to see if between the Russians and Syrian Air Force there are enough planes to rub air operations in the Idlib, Aleppo, Raqqa, Palmyra and Deir ez-Zor areas where Syrians are suffering under the boot of a very unhappy and nasty ISIL as the war turns against them.

As to news of the Geneva talks, incredibly there is nothing today yet at 12 pm EST, on the second day. That indicates that the foreign backed opposition is waiting for instructions on what to say.

Staffan  de Mistura was quick to support the Russian pull back as supportive of creating a less hostile climate for the real opposition groups that are wanted in the talks.

The showdown is going to come when there are enough “oppositionists”, as the Russians are now calling them, on board to have substantive talks, where those wanting to wreck them can be shown the door. What will those that get kicked out, or walk out do? And we are yet to see any reaction from Turkey. By Friday we will know a lot more… Jim W. Dean ]

Syrian forces backed by Russian airstrikes have made major gains to the west of the central city of Palmyra, which is held by the Takfiri Daesh terrorist group, a report says.

The Syrian troops were supported by “heavy air cover from Russian jets,” the Lebanese satellite television station affiliated with the resistance movement of Hezbollah reported on Tuesday.

On Monday, Russian President Vladimir Putin ordered the bulk of Syria-based Russian military forces to withdraw from the conflict-ridden country. The pullout process started on Tuesday.

Putin’s order came hours after the new round of indirect peace talks between the Damascus government and the foreign-backed opposition, aimed at resolving of the five-year deadly crisis in Syria, resumed in Geneva, Switzerland.

The negotiations are underway as a ceasefire has stood in Syria since February 27.

“We hope it will have a positive impact on the progress of the negotiations in Geneva aimed at achieving a political solution to the Syrian conflict and a peaceful political transition in the country,” de Mistura said in a statement released on Tuesday.

The European Union also welcomed Russia’s announcement that it was pulling out its troops from Syria.

Catherine Ray, a spokeswoman for the EU’s foreign service, said, “Any steps that help achieve de-escalation of violence inside Syria and the prolongation of the cessation of hostilities is very important for the overall peace process.”

Russia launched an aerial campaign against terrorist groups in Syria last September upon a request from Damascus.

According to a February report by the Syrian Center for Policy Research, the conflict has claimed the lives of over 470,000 people and displaced nearly half of Syria’s pre-war population of about 23 million within or beyond its borders.