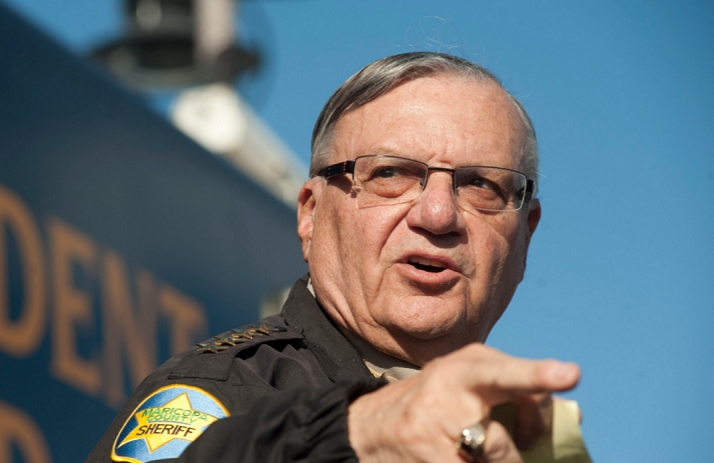 By Christopher B. Kuch, PhD

Nowhere in the U.S. Constitution does it state that American citizens must pay money to foreign countries.  Yet the U.S. will spend $50.3 Billion in 2016 in foreign aid to 190 countries in the world.  This is under the guise of “…help counter-ISIL, address root causes of migration from Central America, invest in clean energy and sustainable landscapes, and improve food security and economies around the world, as well as strengthen commitments to international organizations and peacekeeping efforts.” (state.gov). But we already have other agencies doing mostly the same thing—in essence a duplication of wasted tax payers money.  Besides, “sustainable landscapes”?  Who elected these people? It gets worse: “Shared Prosperity in the Global Economy.”  Did anyone ask the American tax payer to share their money?  As an example of ridiculous wasted foreign aid, we are giving money to France to pay for the victims that were deported during WW2.  You would think that is Germany’s responsibility or at least France should step up and help its own people not us—we saved France and now we have to give them money also?

We have become the world welfare bank.  The U.S. Constitution states in Article 1, Section 8; that the government has the right to demand and collect taxes for the governance of the republic.

It does not state that money will be given to foreign countries.  Yet we do give aid to not only our friends overseas (who mismanage their countries) but to countries that don’t support us and even dislike us (just look at the anti-American axis blocks in the failed U.N.).  As Jefferson said the federal government can only declare taxes and collect them for the benefit of Americans and what is necessary for the government to function.  That does not say to benefit foreigners and foreign countries to operate. What is needed is a state to test this principle by not paying the federal government money stolen from its citizens to support foreign countries.  This can be done by each state not giving the federal government the amount of money that its state contributes in foreign aid.  As a result that state can build shelters for the homeless in that state.  Perhaps with the money left over we can have a huge hog roast on Fridays at noon and drink free beer every eleven months complements of the Freedom from Foreign Aid Act of 2017.

A test case:  Let’s assume a state has the tenacity to test this idea such as Texas or Arizona.   Arizona might be better as it has a Sheriff (Joe Arpaio, America’s toughest sheriff) who does not agree with the overreaching hand of the federal government and has over 750 sworn deputies to protect its capital from the U.S. Marshals that are sure to descend down upon it to rob its money and take it back to D.C. It is located in Phoenix, Arizona, is the most populous state capital in the United States, and the sixth most populous city in the nation.  A great place to test this idea.  If George Washington or Thomas Jefferson knew we were giving away American tax dollars to help non Americans and foreign countries when Americans are in need they would be ashamed, demand impeachment, and a call to arms for the citizen’s republic against Washington, D.C.

Liberal democrats and conservative republicans should unite to put Americans first.  When and only when there are no Americans living on the streets we should ask the tax payers by vote if they want their tax dollars to go overseas.  Surely, it will be close to zero (except perhaps the 10 million illegal aliens living here).  After there is no homelessness we can start to help our senior citizens out with a better standard of living.  After that the laundry list of things that needs to be fixed in our country should come first and not cuddle up to our overseas “friends.”  They should pay their own way. But this article focuses on American homelessness only.  It is not as big as most European socialists believe.

Of course citizen’s from these and other nations watch too much cartoon documentaries that half the U.S. population is living on the streets.  By most estimates there are about 564,000 to 1 million homeless persons at any given time based on liberal university research and the federal department annual housing homelessness data collection day.  That is about 1/10 to 3/10 of one percent of the U.S. population which is 322,000,000 (endhomelessness.org; povertyliving.com; nationalhomeless.org; hudexchange.info; justice.uaa.alaska.edu-national survey; huffingtonpost.com; statisticsbrain.com). We can’t wait to read the anti-American propaganda comments on this fact.  Having said that, let’s consider giving this small percent of Americans a place to sleep.

We can compare this to the liberal socialist country of France. France has a 67 million population with between 141,500 to as high as 3.5 million homeless persons.  No one actually knows because of asylum seekers and migration across Europe.  That is 2/10 of one percent to nearly 5 percent.  Although they get a monthly check for food and housing, so do Americans—it is called food stamps and HUD free rent money (west-info.eu; the local.fr; reuters.com; data.hud.gov).  For the American bashing readers who seem to love Russia so much, its own government reports about 3.5% of the total population is homeless.  While the Scandinavian countries report about 1/10 to 3/10 of one percent (Finland, Norway, Sweden, and Denmark) are homeless which is about what America is (homelessworldcup.org; statisticsbrain.com).  We can assume that socialist and communist readers would prefer Cuba which no one knows how many people are homeless but their government provided 1 room houses for a family of ten are pathetic to live in by all reports by all nations.

Operationalizing the plan: First, after all of the $50.3 BILLION in foreign aid is withheld, the states can build large temporary hotel complexes in each county or several depending upon country size and contributions to the federal government that is used in foreign aid.  Or, as an aside, we can just give that money to our poor, disabled, and veterans and they can live in a new house in the suburbs, buy a caddy, have a summer condo in Florida, retire, and buy 100 dollar lotto tickets every day.  But focusing back on this article, since we have fifty states (to remind are so called intellectual “friends”) that’s 1 billion per state for construction (for non-Americans please use a calculator). The state can remodel old empty factories that they can acquire cheap from businesses or overseas owners (Chinese, Arabs, and Indians) and use unemployed welfare people to work on them.  This is not some new form of public housing projects as it is only for sleeping—getting people off the streets and providing a bed to sleep in.  These will not have the amenities that housing projects such as living rooms, dining rooms, TV’s, kitchens, or showers.  In fact, no TV’s, radios, air conditioning, or even electrical outlets will be in these small rooms.  Just a room with a small toilet room.  They will shower in a communal same sex shower room on each hall. These are temporary until people can stand on their own feet or get into the HUD program.

Security officers can be at each entrance to check for legal residence of each occupant, search purses and back backs when desired, and have drug sniffing dogs.  All occupants will waive their right to have a search warrant for their personal effects and the room they sleep in. Random room checks will be done without notice.  This is a public sleeping facility and not a personal hotel paid for by the tax payer.  If occupants don’t like the rules they can sleep on the streets. If the priority is to help unemployed desolate people find a place to sleep at night, then we can utilize old factories that are an eye sore in every city to accommodate these helpless people.  In order to provide security and not let drugs thrive we must have strict controls on what they can bring inside—nothing.

At these facilities local businesses and churches can donate food and have a free lunch and supper/dinner for the occupants.  They can work with the servers to learn how to prepare food so that they can gain employment skills at a restaurant.  Perhaps, the Salvation Army gift stores can relocate there in order to work out of these places.  The homeless can also work in these stores learning basic clerk skills. Also, GED classes and refresher English and Math courses can be given by members of the community or local community colleges.  This is all paid for by the money withheld from the federal government that is going overseas to help non-Americans.  If a congressperson or governor, or judge wishes to make an issue of withholding funds, then they must answer to the voters.  Unfortunately, federal judges can do what they want without control or oversight by the people they serve.  Perhaps, voters can initiate impeachment proceedings against a federal judge that believes giving money to help foreigners in a different country is more important than helping Americans at home.

Of course the non-American readers will no doubt ridicule this idea and attempt to make it into some conspiracy or suggest that America has some moral obligation to give money to their countries.  In addition they will call the author some FOX news watcher, Karl Rove supporter, attack his credentials, or even suggest this is all George W. Bushes fault—this comes with being a conservative author and reinforces my belief that you can’t debate with the uneducated.  It can only be asked: how much money does your country freely give to America?  Answer-none. If the argument is your ancestors from Europe, Asia, Africa, or somewhere else built America then we must thank them not you.  So, thanks to your ancestors, not you!  But the free money is going to stop sooner or later.  We can only hope that the next president and congress seriously attempts to stop all foreign aid and utilizes that money for our own people at home—the poor, disabled, and our veterans.  This proposal has legal merits if a governor has the will to attempt it. America needs to stop being the world welfare bank.

Dr. Kuch holds a PhD, MA, and MS in criminal justice. He is a Vietnam Era Veteran.