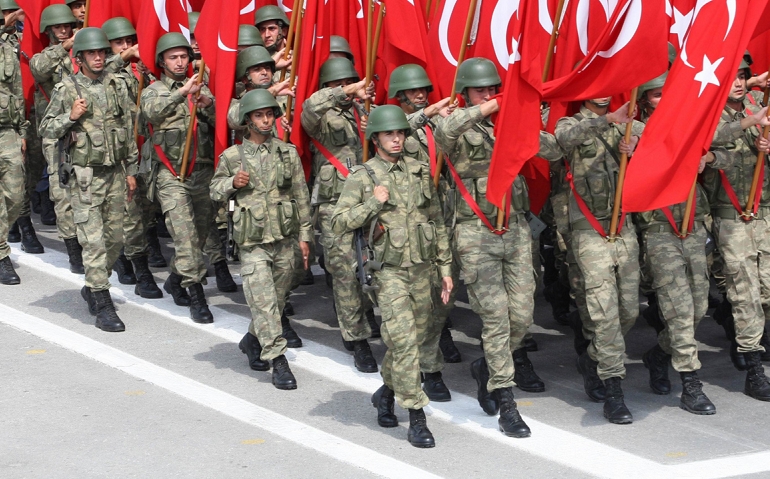 The current state of affairs in Turkey is triggering concern. Ankara is facing the dangerous combination of deepening political polarization in the society, a slump in economic growth, and escalating tensions both at home and abroad.

Unlike the political and economic turmoil in the 1970s and 1990s, the current crisis is largely a result of the conflict between Turkey’s pragmatic domestic and foreign policy and its actual push for leadership, Pavel Shlykov, an associate professor at the Asian and African Studies Institute of the Moscow State University, said in his report.The current Turkish crisis can be described with several specific features.

First, all spheres of the country’s political and social life as well as all its state institutions are engulfed in the crisis.

Second, public incertitude is growing about the future. People realize that the existing model of social and political development is jaded.

Third, the Turkish military is gradually building up its political influence, thus laying grounds for a military coup.

Fourth, recently the Kurdish problem has entered the new stage, and the situation in south-eastern Turkey can be described as a lukewarm civil war between Turkish troops and Kurdish forces.Furthermore, the conflict in Syria is influencing Ankara’s foreign and domestic policy.

Finally, the political prospects of the ruling Justice and Development Party (founded by Recep Tayyip Erdogan) are vague in the current environment.

Erdogan and the Turkish military

In his report presented at the Carnegie Moscow Center, Shlykov analyzed the question: is a military coup possible in Turkey?

Active involvement of the military in political processes has been part of Turkish history. In the 2000s, Erdogan announced the reforming of relations between the military and civic institutions. Under his political course, the military would not dictate its policy to the government.

A military coup in Turkey would be possible if three criteria are met simultaneously: further deepening of the political crisis, a rising external threat, and the spike escalation of the Kurdish issue. And currently, all of the above is evident, according to the analyst.

After Ankara suspended the peace process with Turkish Kurds Erdogan had to form some kind of a tactical alliance with the military elite who he oppressed in 2007-2008.

The cooperation between Erdogan and the military became obvious in autumn 2015, during a military operation in south-eastern regions mostly inhabited by Kurds. At the time, Ankara gave a blank cheque to the army command. In order to take advantage of the situation, Erdogan admitted that his previous policy toward the military was wrong. Moreover, he found a scapegoat for his “mistakes” – exiled Turkish preacher Fethulah Gulen currently residing in Pennsylvania.

Troops parade with Turkish flag on August 30, 2013 in Ankara during celebrations for the 91st anniversary of Victory Day, with ceremonies held at Ataturk’s Mausoleum known as Anitkabir in Ankara, Turkey

Of course, at the present time the Turkish army is one the most powerful political forces in Turkey. But it is unlikely to stage a coup (like it happened in 1960, 1971 and 1980), Shlykov pointed out. The military doubts they would enjoy broad public support.

In the modern Turkey, the army also plays another important role – to counterbalance Erdogan’s risky foreign policy ambitions. A year ago, the military barely prevented him from invading Syria, and the situation repeated last month.

Turkey has been facing the Kurdish issue in its current state for over 30 years. According to estimates, there are 15-20 million Kurds in Turkey, which accounts for 15 percent of the population. At the same time, the Kurdish minority has historically been highly atomized.

From a political perspective, Turkish Kurds can be divided into three groups: nationalist supporters of the Kurdish Workers’ Party (PKK), Alawite Kurds supporting leftist and social-democratic ideas, and the religious conservative majority (50 percent of the population) who in the 2000s were loyal to Erdogan’s party.The support of the Kurdish majority for the Justice and Development Party played in to the hands of Ankara. Thus, the conservative majority was excluded from the Kurdish problem and was integrated into the country’s social and political system. But everything changed after the Syrian war began and when Daesh (also known as Islamic State/ISIL) appeared. In this situation, the Kurds proved their readiness for national and political consolidation.

© REUTERS/ UMIT BEKTAS
Kurdish refugees from the Syrian town of Kobani are seen at a refugee camp in the border town of Suruc, Sanliurfa province February 1, 2015

After Ankara refused to help the besieged Kurdish town of Kobani at the Syrian-Turkish border, the conservative majority abandoned their loyalty to Erdogan and his party. They were even more disappointed after dialogue between the Turkish government and Kurds stopped.

Another important factor destabilizing Turkey is the porous 822-km-long border with war-ravaged Syria. Extremists are coming to Turkey from Syria not only to recover from wounds in Turkish hospitals (Erdogan has repeatedly been criticized for this) but also to stage terrorist attacks, undermining country’s national security.

However, according to the report, the rising threats to national security will not consolidate Turkish society, but instead will only deepen its political rifts. Unlike before, the military standoff with the Kurds is not broadly supported by Turks.

In 2015, the developments in Syria were not favorable for Ankara. After the Turkish Air Force shot down a Russian jet last November Turkey lost the chance to influence the situation in Syria.

Over the past weeks, Turkey’s pro-government media has reported that now is the perfect time to intervene into the Syrian conflict. However, those reports were aimed only to consolidate public opinion.

There are several reasons that Turkey is unlikely to launch an operation in Syria.

First, in technical terms, any ground operation would require aerial support. Currently, the Syrian airspace is controlled by the Russian Aerospace Forces, and Turkish jets will not be allowed there.

Second, an intervention in Syria would have serious diplomatic problems for Ankara. The operation would be supported by Saudi Arabia and other Gulf monarchies. However, it will spark a conflict with the US and Russia. What is more, during such an operation the Turkish military would have to fight on several fronts at the same time; against the Syrian Army, Daesh, opposition groups, and Kurdish militia. It is obvious that Erdogan is not ready to take the risk.

Finally, if Turkey becomes involved in the Syrian war, they would also end up fighting the Kurds in the south-eastern parts of the country. Consequently, the conflict may spread across the entire of Turkey.

Turkey at a crossroads

Since the era of Kemal Ataturk who tried to create a controllable opposition force in Turkey, all experiments with democracy have turned pear shaped.

In his first years in power, Erdogan launched a number of political and economic reforms aimed at integrating with the European Union. Until 2007, his course was viewed as modernization. But then, especially following the 2010 constitutional reform, the setbacks began.

Currently, Turkey is at a crossroads. The choice is between a super-presidential republic ruled by Erdogan and further development as a liberal-democratic European-like state but with some specific characteristics.

The future of Turkey depends on its leader. According to the constitution, the head of state is Prime Minister Ahmet Davutoglu. But in fact, power is concentrated in the hands of President Erdogan.

Davutoglu is Erdogan’s protégé and is much weaker as a politician than Erdogan. But if he could find courage to restrict Erdogan’s power chances for a liberal Turkey would significantly improve, the analyst noted.

After Turkey shot down a Russian bomber in Syria in late November tensions between Moscow and Ankara turned into hostility. Any improvement is unlikely in the coming future. 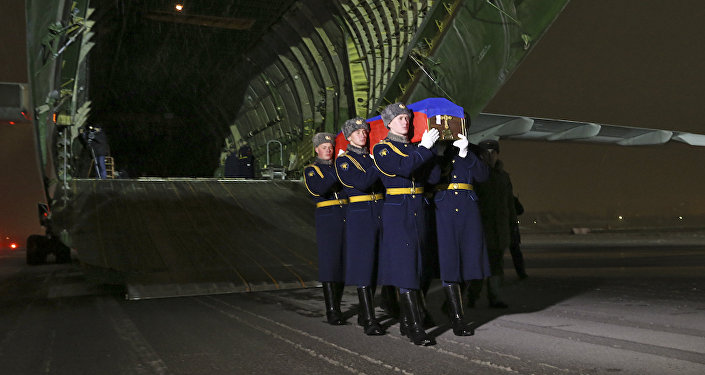 Second, in order to normalize ties with Russia, Turkey may sacrifice one of its high-profile politicians, by shifting responsibility for the incident.

Third, a road to reconciliation may be very long. In this case, neither Russia nor Turkey would be ready to compromise, and the conflict would dry out in the long-term perspective.

As for now, the situation is developing according to the third variant. The world is now witnessing a deep conflict between Moscow and Ankara, which could ease with its main participants leaving the stage, the analyst concluded.