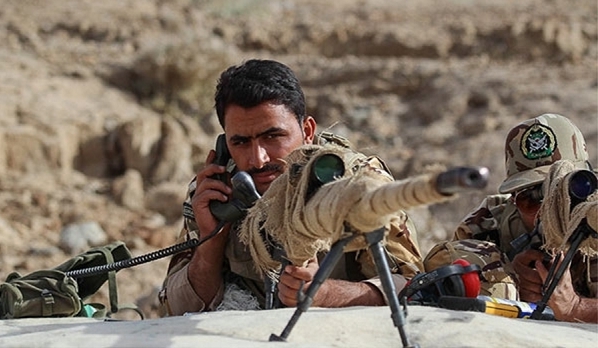 “At some point we might decide to use our commandos and snipers as military advisers in Iraq and Syria,” Deputy Chief Liaison of the Army’s Ground Force General Ali Arasteh told reporters in Tehran on Wednesday.

He said the first group of commandos and snipers are being trained for the purpose and the country might decide to send them to Iraq and Syria in the near future.

Iran is providing Iraq and Syria with military advisory and humanitarian aid in their fight against terrorist groups.

“The fire of Takfir and Takfirism has engulfed in homes of our Sunni brothers. Those behind this are under the illusion that they can bring Shiism and the Islmaic Republic to their knees. More than anywhere elese, Takfiri groups have targetted the sanctity of humanity and the Sunni world,” General Soleimani said, addressing a ceremony in Tehran Sunday night.