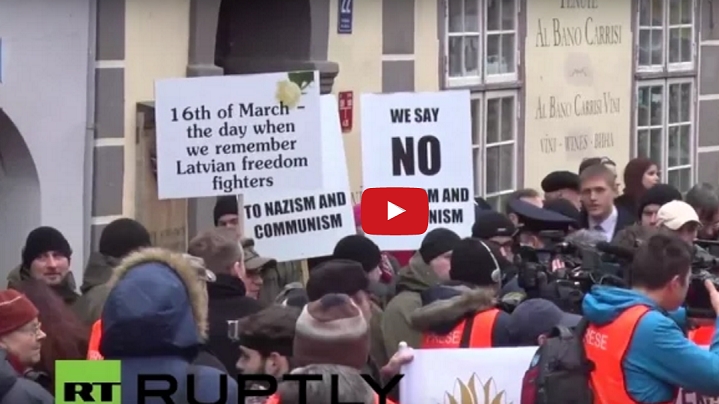 This year the march attracted hundreds of participants, as seen in the live footage by Ruptly video agency.

Those taking part in the procession, some dressed in old Latvian military outfits, were carrying the national flags of Latvia, Estonia and Lithuania, reports RIA Novosti.

The Latvian government officially opposes the event, but does not prohibit it on the grounds of free speech.

Latvia’s anti-fascist activists staged a small protest, as they do every year when Latvian Waffen-SS veterans march in the capital Riga.

Latvians who served in Waffen-SS not only fought against the Soviet Army, but also were a part of the atrocities committed against European Jews.

Of the 70,000 Jews that lived in Latvia when the Nazi Germany entered its territory, it’s estimated that 67,000 died in the Holocaust.

“Some of the people prior to joining the [Latvian Waffen-SS] Legion served in Latvian security forces, which played an active role in mass murder of the Latvian Jews,” Dr. Efraim Zuroff, head of the Simon Wiesenthal Center, told RT. “People who fought for victory over Nazi Germany should be considered heroes.”

The head of the Simon Wiesenthal Center called attention to the fact that thousands of Jews from Eastern Europe were brought to Latvia and exterminated in concentration camps by the German Nazis and their Latvian collaborators. 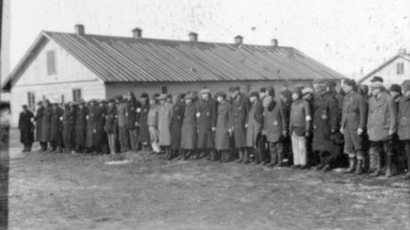 They tortured us, now they march along central streets’ – Survivors of Latvian concentration camp to RT

Ahead of the event, Latvia’s State Border Service was reported to be operating on a robust security regime, officially to prevent radicals from abroad from taking part in the Nazi procession.

Altogether, six delegates from the Association of Victims of the Nazi Regime, an organization of resistance veterans and Germany’s Anti-Nazi League were turned away at Riga Airport and banned from entering Latvia.

The border guards explained their actions by an order coming from the Office of Citizenship and Migration Affairs of Latvia.

Two days ahead of the Nazi celebration, lawyers of the Russia’s Rossiya Segodnya news agency (the parent organization of RT) were denied entry to Latvia. The lawyers were to attend a court hearing following the decision of the Latvian authorities to deny official registration for Sputnik news agency (another part of Rossiya Segodnya) in Latvia last August.

The Latvian Legion of the Waffen-SS consisted of almost 150,000 Latvians and was split into two divisions. The legion was created in 1943 on the orders of Adolf Hitler. On March 16, 1944, the legion was deployed against the Soviet Red Army near the town of Pskov. It was among the last of the Nazi forces to surrender in 1945.

The Waffen-SS march has been held annually on March 16 since 1998.