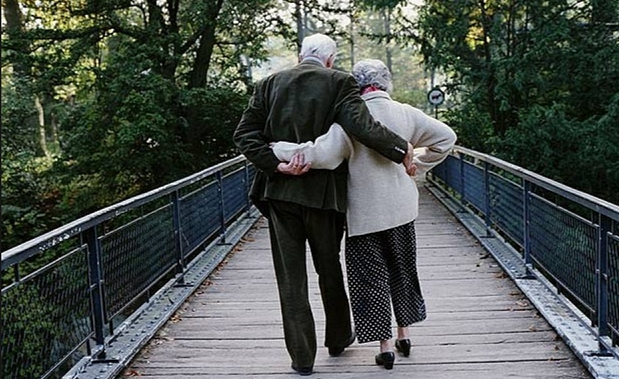 Conservative government cuts are killing vulnerable and poor elderly people, a new study has found, drawing a “significant link” between cuts to pension credits and the avoidable death of over 85s.

The report was released on the day of Chancellor George Osborne’s eighth budget, where he will announce further cuts to disability benefit, forcing 200,000 people off benefit completely and a further 400,000 on to reduced welfare payments.

Researchers from Oxford University found there are links between cuts to pension credits and the death of vulnerable people over the age of 85. Pension credits currently top-up the pensions of poorer people – to £151.20 per week for single people, and £230.85 for couples.

They say the stress of removing funding to vulnerable people is becoming a more frequent precursor to a heart attack or stroke.

The team analyzed death rates among pensioners across England between 2007 and 2013, drawing on figures from the Office for National Statistics (ONS), as well as government spending on pension credits from 324 local councils.

Before 2011 the death rate among pensioners over age 85 was falling, but after 2011 it began to rise, the researchers found. By 2013, the rate was four percent higher than it had been in 2010 among men, and six percent higher in women.

Oxford University professor David Stuckler said: “This study suggests that even seemingly small cuts to support for vulnerable older persons can have a devastating effect — possibly even costing them their lives.”

Lead researcher Dr Rachel Loopstra said: “Poorer older-age adults are one of the most vulnerable groups in the population and a reduction of just a few pounds could make a considerable difference to disposable income.”

“Declines of this magnitude can cause significant stress and anxiety to people of older ages, which could precipitate heart attack or stroke.

“Both recent and proposed future changes to welfare spending fall heavily upon pensioners.”

The figures will not come as welcome reading for the government, which is poised to launch a fresh round of austerity measures on Wednesday, primarily targeting disability benefit, which tops up vulnerable adults’ incomes.

Speaking ahead of the budget, Labour Party Shadow Chancellor John McDonnell said Osborne was likely to wheel out the “usual lines of attack” over Labour’s record on spending and borrowing. He accused the chancellor of vying to become the next leader of the Conservative Party.

However, McDonnell said Labour’s response would focus on “fairness and the future.”

Charities have also implored Osborne to introduce more anti-austerity measures into his budget.

David McAuley, Chief Executive of the Trussell Trust, which runs food banks across the country, said people in poverty usually suffer the most as a result of government policy.

“As the chancellor sets the budget for the nation we understand that there are always difficult decisions to take. In tough economic times people in poverty often suffer the most.

“We’re pleased the Government has taken the important step of raising the wages of lower paid workers in this and last year’s budget … but the budget could do more to help other groups, particularly those who are unable for whatever reason to move back into work.”