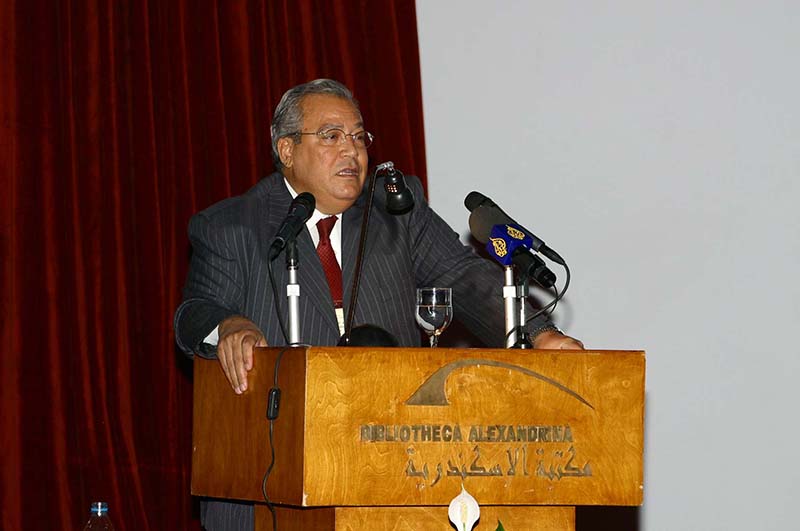 In an interview with the Al-Watan newspaper, criticizing Sheikh Ahmed al-Tayeb, Jaber As fourthe former Egyptian minister of culture criticized the state of Egyptian culture as a result of al-Azhar actions and said the Egyptian cultural scene is in a critical and dangerous condition.

According to the Nile Net Online website, in this interview Jaber Asfour said: the soft power in our country is being destroyed and the high position of Egypt in the Arab world and Islam is in decline. Egyptian cultural officials have taken money from Saudi and have destroyed the old Egyptian civilization. Egypt should return to its former first position in the Arab and Muslim world. Now is the time for a courageous struggle with the crisis of identity and culture and Ahmed al-Tayeb must consider the religious books of Al-Azhar, stop following Saudis, avoid extremism and adopt the path of moderation.

He added: following the fatwas of scholars about Saudi and following Al Sheikh will destroy Egypt. Al-Azhar has taken measures in recent years that have led to religious extremism, fomenting disunity and decline of the Egyptian culture. Ahmed AlTayeb is reluctant to reconsider religious books and is imposing his own Wahhabi and Saudi religion to Al-Azhar. He must return to the original Al-Azhar and choose moderation. Books are taught in Al-Azhar in which Muslims are called for accepting books of other religions and contain strange traditions and hadith like the tradition of Balh, marriage of Jihad and giving milk to adults which are at odds with rationality. Most Al.Azhar books lead to extremism and terrorism but Al-Azhar major scholar must rely on aware of and temperate scholars such as Ziqzuq, Al-Azhariand Karima.