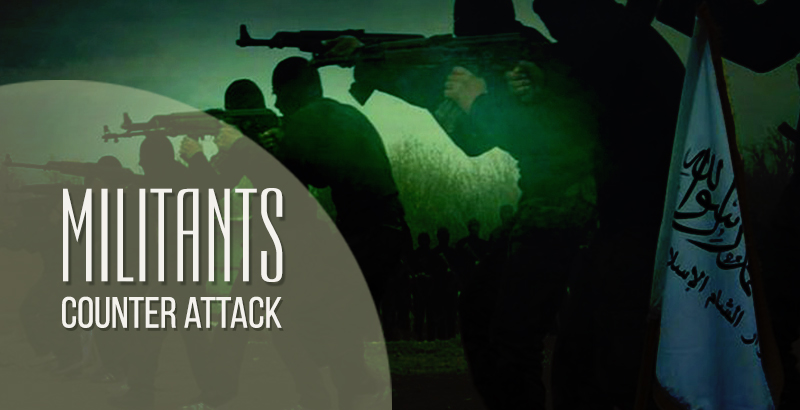 The Syrian Arab Army (SAA) repelled the al-Nusra offensive aimed to cut-off the main supply route from Sweida to Damascus. Al-Nusra militants attempted to advance East from the al-Lajat Plateau in the Dara’a province towards the Khalkhalah Military Airport. However, militants were unable to bypass the SAA’s defenses near Dama.

We remember, on Mar.14, al-Nusra militants advanced on Jabal Waqa’at near the town of Al-Tal clashing with the pro-government forces. The SAA and its allies repelled this attack killing eight militants before the group retreated towards the village of ‘Ein Mineen.

The SAA and its allies supported by the Russian Air Force are continuing to advance on Palmyra clashing with ISIS militants. At the moment, the Syrian froces are in about 6 km from Palmyra’s southwestern gates. The main clashes are ongoing in the area of ISIStraining camp at the Qatari Royal Villa.

Separately, Russian warplanes targeted ISIS oil facilities near the strategic town of Al-Sukhanah in the province of Homs.

On Wednesday, an Iraqi military plane went down near the city of Hawija in the Kirkuk province. While Iraqi officials have blamed the incident on “technical problems,” ISIS claimed the plane was shot down by an anti-aircraft missile. The area of Hawija has been the site of repeated clashes between Iraqi forces and ISIS.

A joint offensive to reclaim Iraq’s second largest city of Mosul from ISIS has begun. The Shia-dominated Popular Mobilization Forces and Kurdish Peshmerga are supporting the Iraqi security forces in this attempt. The US-led coalition is providing an air cover for the operation.