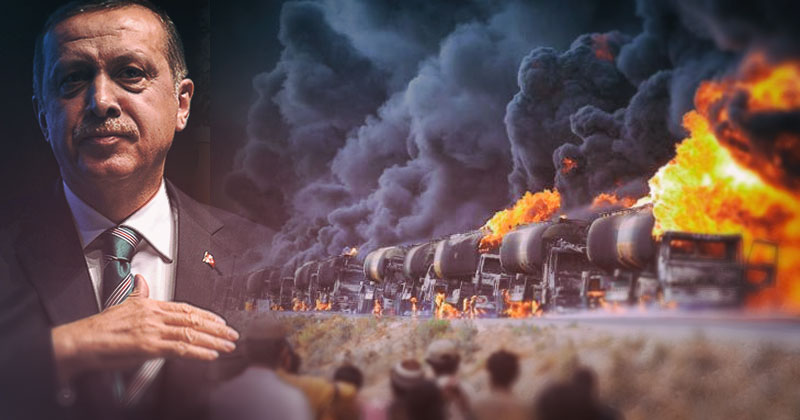 [ Editor’s Note: Iran has embarked on walking a dangerous tightrope with Turkey. The comment below about “common threats” is over the top strange with Turkey supporting terrorist operations in both Syria and Iraq where Iranian trainers and militias have been fighting.

Iran must be aware of the oil smuggling which has been a ISIL financial boon, and against which its close ally Russia has been bombing to cut off. Turkey has also sought NATO support to back a no fly zone over northern Syria to help assure the dismemberment of the country.

So while we have had to go after the US for playing both sides against the middle in this conflict, Iran risks falling into the trap of being seen as doing the same thing, and for similar reason, financial ones. If Iran is not careful it could begin to lose some of it hard fought international support.

We will be trying to get briefed by the Iranians for some answers to why they are risking this and this point in time. It keeping a lid on Kurdish independence really a factor at all?

If the motivating geopolitical reason was to have a future oil and gas pipeline through Turkey to the European market that is a long way down the road and a wish and a prayer, as the Gulf states and Iraq are in line ahead of them… Jim W. Dean ]

Iranian Foreign Minister Mohammad Javad Zarif arrives in Turkey to hold talks with the country’s senior officials on ways to promote economic relations and the latest developments in the Middle East.

Speaking to reporters upon his arrival in Istanbul on Saturday, Zarif said Iran seeks to forge the highest level of economic relations with Turkey after the implementation of a nuclear agreement, dubbed the Joint Comprehensive Plan of Action (JCPOA), reached between Tehran and six world powers on July 14, 2015.

On January 16, Iran and the five permanent members of the UN Security Council – the United States, France, Britain, Russia and China – plus Germany started to implement the JCPOA.

After the JCPOA went into effect, all nuclear-related sanctions imposed on Iran by the European Union, the Security Council and the US were lifted. Iran, in return, has put some limitations on its nuclear activities.

The Iranian minister also said, “Given the common threats, exchanging views on issues and developments in the region is among the objectives of this trip.”

After his arrival, Zarif met with his Turkish counterpart Mevlut Cavusoglu.

He noted that during his stay, he also plans to hold talks with Turkish President Recep Tayyip Erdogan, Prime Minister Ahmet Davutoglu.

The visit comes after the Turkish premier paid an official two-day visit to Tehran at the head of a high-ranking politico-economic delegation on March 4. He exchanged views with Iranian officials on ways to bolster relations and regional crises, particularly the five-year-old conflict in Syria.

Tehran and Ankara have different views on the war in the Arab country. Despite their differences, the two sides have largely maintained diplomatic relations.

Turkey backs militants and insists that Syrian President Bashar al-Assad should not be part of the Arab country’s future. Iran says the decision on Assad’s fate is up to the Syrian people and supports the Syrian army and its allies fighting militants.