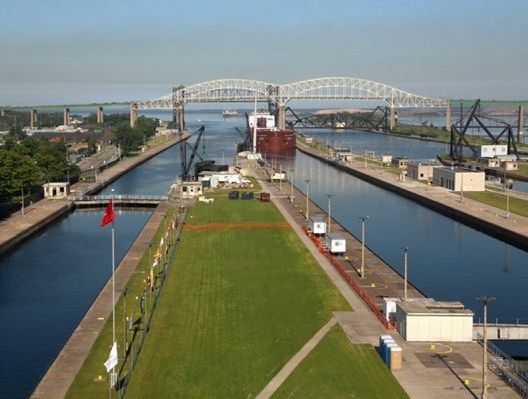 WASHINGTON — A U.S. Department of Homeland Security report indicates a 6-month shutdown of the Poe Lock in Sault Ste. Marie, if one occurred, would plunge the nation into recession, closing factories and mines, halting auto and appliance production in the U.S. for most of a year and result in the loss of some 11 million jobs across the nation.

The report, obtained by the Free Press through the Freedom of Information Act, paints a grim picture of the outcome of any long-term shutdown of the Poe, the only one of the so-called Soo Locks able to handle the 1,000-foot-long vessels that each year move millions of tons of iron ore from mines in Minnesota and northern Michigan to steel mills dotting the lower Great Lakes and beyond.

And while the Poe may not be imminently threatened with such a closure, there also is no question that it and the other operational shipping lock at the Soo, the smaller MacArthur, have seen more delays and closures in recent years, prompting shipping companies and manufacturers to agitate for a second Poe-sized lock – authorized by Congress some 30 years ago, but never adequately funded – to finally be built.