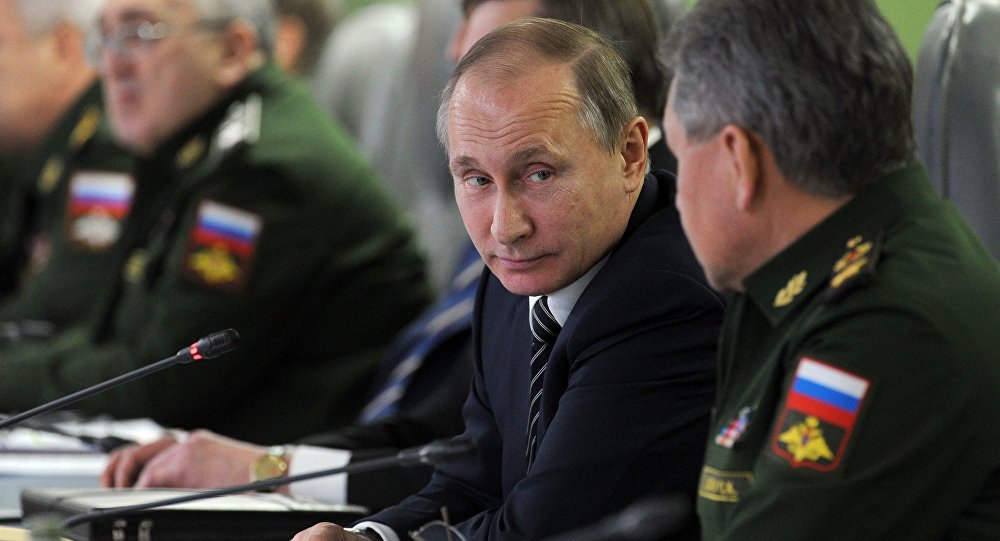 [ Editor’s Note: The dust has begun to settle on the consensus of the Russian pull back, but it took Russian television journalist Vladimir Solovyov who interviewed Putin back on October 10th and asked how long the operation would last, and he got the straight answer below.

Turkey continues to feed combatants and supplies to those still fighting the Syrian Army while it rounds up 1700 refugees on the Adriatic coast, showing that it could have been doing so all along if it wanted to.

While the EU shakedown looks like a done deal at this point the bombing attacks by the unhappy Kurds on Erdogan are showing they can strike at will, especially suicide bombers. I fear a long bloody war.

I fear he will use the slaughter of the Kurds and his own people to strangle his opposition and remain in tight power, because if he were to lose it, there would be the kind of investigations that would drive him into exile in Saudi Arabia… Jim W. Dean ]

Two days have passed since President Vladimir Putin’s surprise announcement that Russia would begin withdrawing the main part of its military forces from Syria. Volumes of analyses have already been written on the subject, but there’s one important thing most of them seem to miss.

On Monday, Putin announced that the Russian air operation in Syria had largely achieved its objectives, and that Russia would begin a withdrawal of its main forces from the country.

“With the participation of the Russian military…the Syrian military and patriotic Syrian forces have been able to achieve a fundamental turnaround in the fight against international terrorism, and have taken the initiative in nearly all areas to create the conditions for the start of a peace process,” Putin said, in a working meeting with Foreign Minister Sergei Lavrov and Defense Minister Sergei Shoigu.

“I hope that today’s decision will be a good signal for all conflicting sides. I hope that this will significantly raise the level of trust between all participants in the Syrian peace process and promote resolving the Syrian issue via peaceful means,” the president added.

Since then, volumes of analysis have been written, both in Russian and foreign media, on what the move really means.

For his part, Russian television journalist Vladimir Solovyov suggested that what many analysts have missed, and what they should go back and review, is the promise Putin made at the very beginning of Russia’s air campaign.

In an interview with Solovyov recorded October 10, Putin, asked how long the operation would last, offered an answer which some will find eerily prescient today.

The success of the Syrian army offensive, Putin said,

…”depends above all on the Syrian army itself and on the Syrian authorities. We cannot commit ourselves to more than is reasonable and have never done so. I said from the start that the active phase of our operations on Syrian soil will be limited in time to the Syrian army’s offensive. Coming back to your earlier question, our task is to stabilize the legitimate government and establish conditions that will make it possible to look for political compromise.”

With a Moscow-Washington brokered ceasefire in place, Syria’s government stabilized and Daesh and Nusra Front terrorists on the run, it becomes instantly clear what the president meant when he said that Russia’s objectives have been “generally fulfilled.”

In other words, Solovyov wryly noted, “it’s not by accident that Putin is called the most unpredictable politician in the world, because he constantly does what he says he is going to do.”