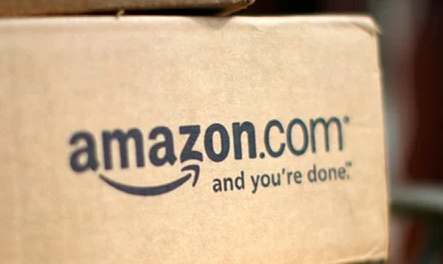 Amazon has started legal action against more than 1,000 unidentified people it claims provide fake reviews on the US version of its website. The online retailer said in the lawsuit, filed in the US on Friday, that its brand reputation was being tarnished by “false, misleading and inauthentic” reviews.

Amazon claims the 1,114 defendants it is suing touted their false review service for as little as $5 (£3.25) on the website Fiverr, an online platform for buying and selling minor tasks.

Amazon said it had found many of the fake reviewers, all termed “John Does” as the company said it was unaware of their real names, had requested review wordings from sellers and had used multiple accounts and IP addresses – numeric codes that identify a device in a network – to avoid being caught.

The e-commerce company started its campaign against the alleged fake reviewers by hiring some of the Fiverr members, according to the court report.

Amazon accused of ‘Big Brother’ tactics over customer reviews
The legal action said: “Amazon is bringing this action to protect its customers from this misconduct, by stopping defendants and uprooting the ecosystem in which they participate.”

Amazon said there had been misleading five-star reviews and comments about products, such as: “This has lit up my life” about a USB cable. A bogus comment said: “Definitely buying more … I was impressed with how bright the lights on the cable are,” while another reviewer gave a product top marks and added the comment: “Cool charger.”

Amazon is not suing Fiverr, a startup that raised $30m from investors last year, as the company says in its terms and conditions that advertising for services such as writing bogus reviews is banned.

Fiverr did not dispute Amazon’s allegations regarding its freelancers. “As Amazon noted, we have worked closely together to remove services that violate our terms of use, and respond promptly to any reports of inappropriate content,” the online task company said in a statement.

Fiverr was also aware that Amazon, which describes itself as “Earth’s most customer-centric company”, forbids fictional or paid-for reviews.

Although Amazon has tried to remove the adverts for reviewers on the website, it said that doing this does not address the root cause of the issue or provide a deterrent to others. The latest legal action comes after Amazon sued a number of websites in April for selling fake reviews.

In that complaint, filed to a Seattle court, Amazon said: “A very small minority of sellers and manufacturers attempts to gain unfair competitive advantages by creating false, misleading, and inauthentic customer reviews for their products on Amazon.com.”

It added: “While small in number, these reviews threaten to undermine the trust that customers, and the vast majority of sellers and manufacturers, place in Amazon, thereby tarnishing Amazon’s brand.”

The online retailer is also using algorithmic filtering to tackle the issue of fake product reviews and inflated star ratings, it was revealed earlier this year. According to Amazon, the artificial intelligence will bring more accurate reviews to the top, using them to create a star rating.

Previously, star ratings were simply an average of all reviews, which allowed fake reviews to heavily influence the first-glance rating, even if verified purchasers had slated the product.

In Britain, online reviews have also been “distorted” by the growth of a “clandestine” market of bogus reviews, reported the Competition and Markets Authority (CMA), the body responsible for market studies in the UK.

In its report earlier this year, the CMA said reviews formed an important part of consumers’ decision-making, with 54% of UK adults reading online reviews. It added that £23bn a year of UK consumer spending is potentially influenced by online reviews, across the six broad sectors analysed.

Although several sites that publish reviews told the CMA they suspected 1%-2% of all reviews being fake, the exact scale of the issue of bogus reviews in the UK, according to the CMA, is unknown.

“Given the clandestine nature of the fake reviews, it would almost impossible to arrive at a credible figure,” its report said. 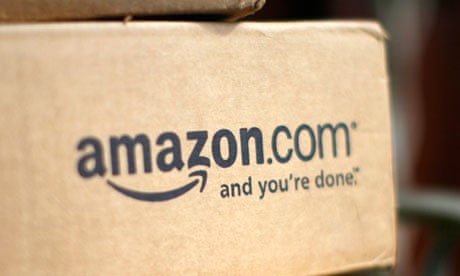 Last week scammers were found to be writing bogus reviews for a low quality ebook called Everything Bonsai!, which was written over a single weekend and littered with errors, as part of a Sunday Times investigation.

The newspaper journalists paid the fake reviewers a total of £56 to give the book a five-star rating, and take advantage of Amazon’s ebook deals to earn it a place at the top of the gardening and horticulture category of Amazon UK’s Kindle chart.

The newspaper subsequently went on to find that identities of those leaving the “reviews” had been stolen, including those of British teenage girls from Facebook. Amazon has since closed the accounts of ebook reviewers who were found to be posting fake reviews in exchange for cash.

Amazon UK told the Guardian: “Our goal is to make reviews as useful as possible for customers. We use a number of mechanisms to detect and remove the small fraction of reviews that violate our guidelines, and we terminate accounts,” and confirmed: “We’ve recently filed lawsuits against a number of individuals and businesses who were abusing the system.”