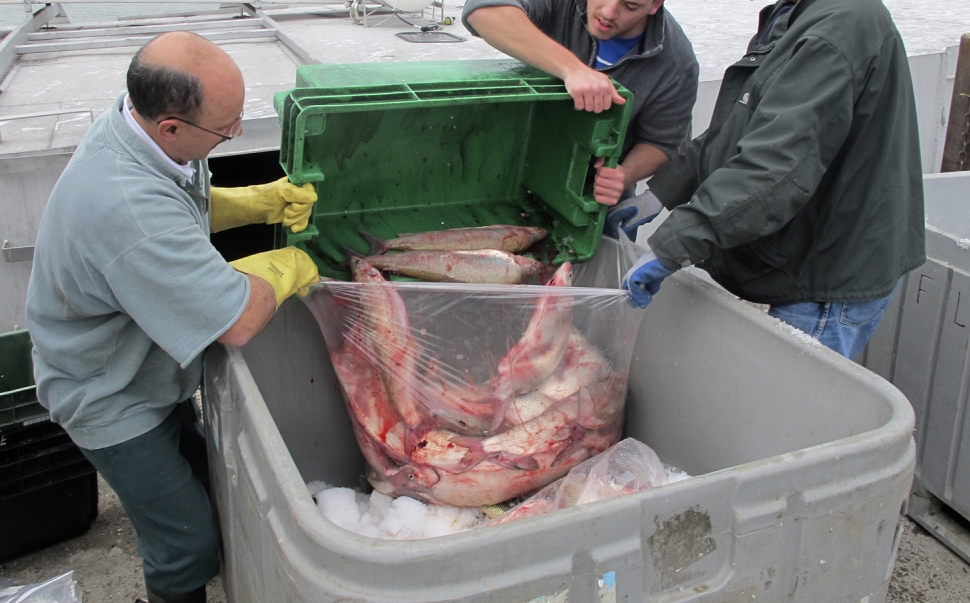 Earlier this week, A Just Russia, a social-democratic political party, submitted a bill pushing for the introduction of hourly wages across Russia and suggested the minimum hourly wage should be 100 rubles ($1.4). If a minimum wage is introduced in Russia how would it compare with the lowest base pay in other countries?

Experts have different opinions when it comes to a minimum wage. Some say it’s a good thing that helps low-skilled workers and the poor to keep up with price hikes. At the same time, economies are said to grow as the purchasing power of consumers increase when they get bigger paychecks and therefore can buy more stuff.

On the contrary, those who are against a minimum wage argue that it hurts an economy by increasing unemployment rates, particularly among unskilled or inexperienced workers, and damaging businesses. The opponents also say that many beneficiaries of a minimum wage are teenagers and part-time workers, who aren’t necessarily poor.

If the government passes the new bill setting the minimum wage to $1.4, the lowest-paid workers in Russia would make 16,000 rubles ($236) per month, which would be three-times more than they make today.

Let’s find out how Russia would pair with other countries if the new minimum wage is introduced.

The Chinese government doesn’t have unified rate of minimum wage rates across the country. Instead, hourly wages depend on provinces and economic zones. The lowest minimum wage is in Heilongjiang, the country’s northernmost province — $1.24, while workers in Guangdong, a coastal province that borders Hong Kong and Macau, have the highest minimum wage of $2.80.

Although the federal minimum wage in the United States is $7.25, states can set their own minimum levels. The majority of the states (29) have a higher wage floor than the one set by the federal government. 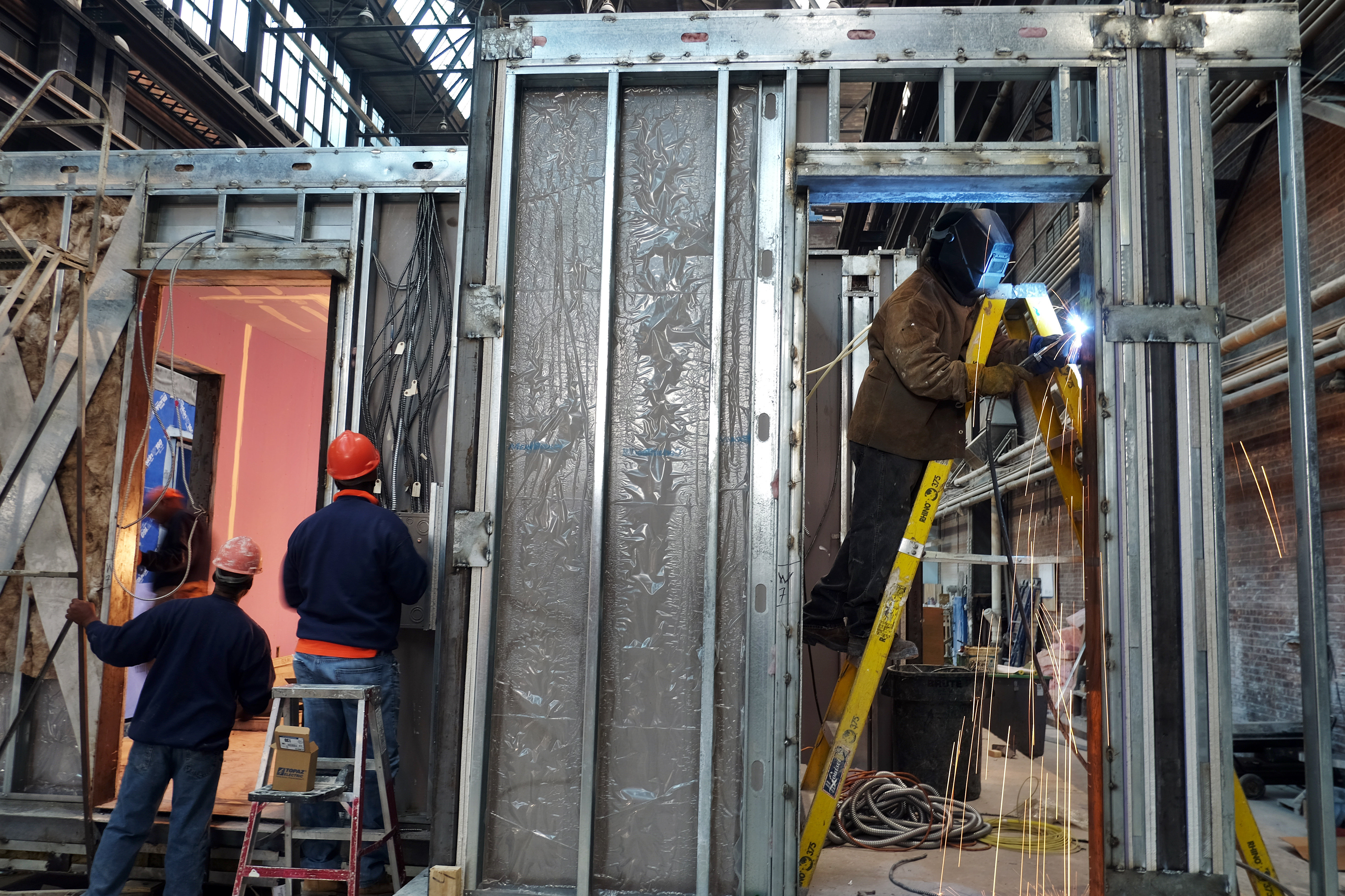 Japanese employees get paid depending on the prefectures and industries they work at. Their minimum hourly wages range between $6.20 and $8.10. It is expected that in 2016 the minimum wage would be increased by another 3 percent across the country. 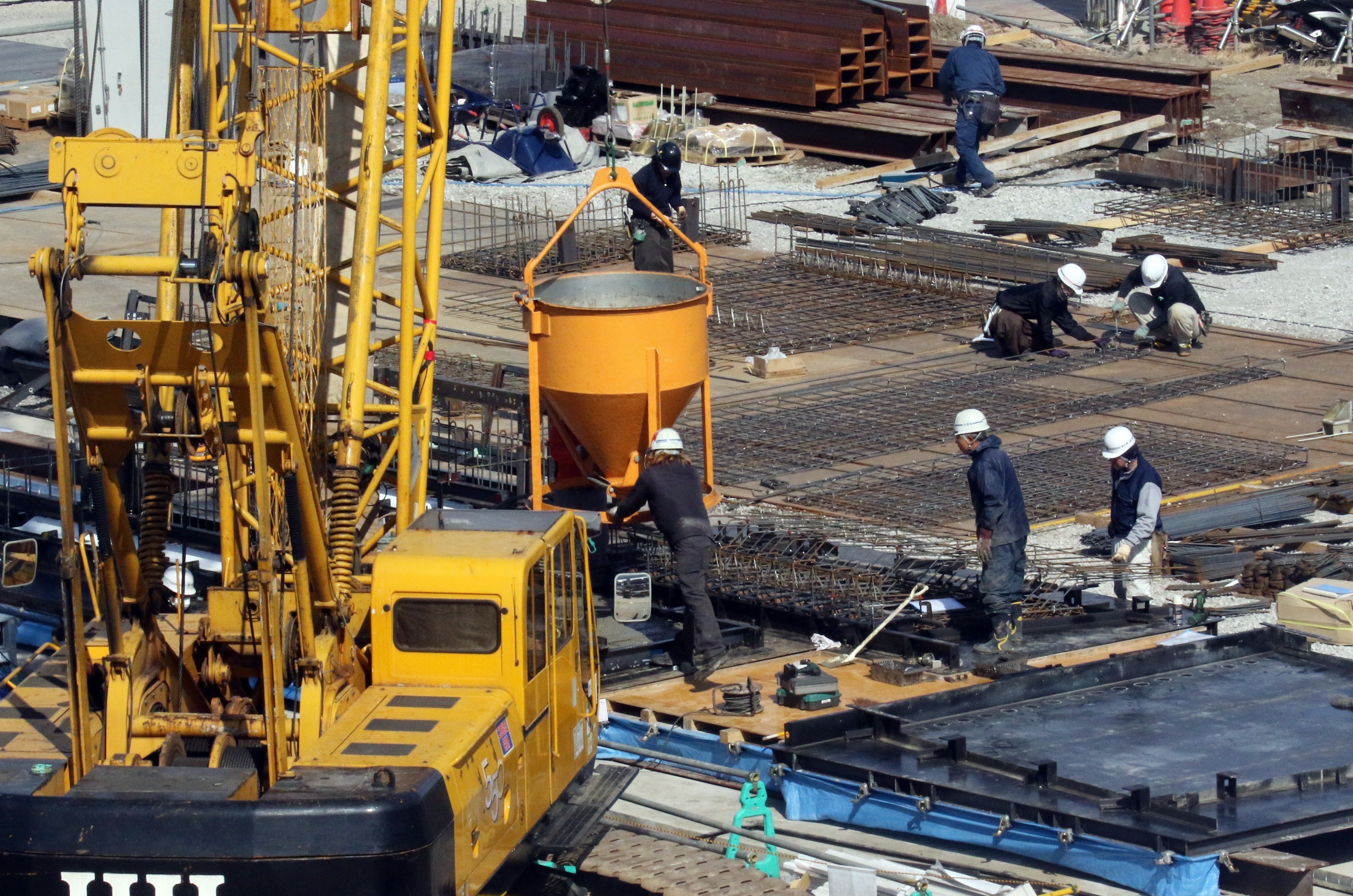 Although in Germany a minimum wage was only introduced in 2014, right off the bat it became one of the highest in the world — workers in Germany now earn $9.58 per hour minimum. Moreover, a higher minimum wage is often set in some companies as a result of collective bargaining agreements.

UK workers make $9.70 per hour minimum, which is high compared to other countries. To make things better for their working poor, the British government decided to increase the minimum wage to $10.40 beginning April 1, 2016. 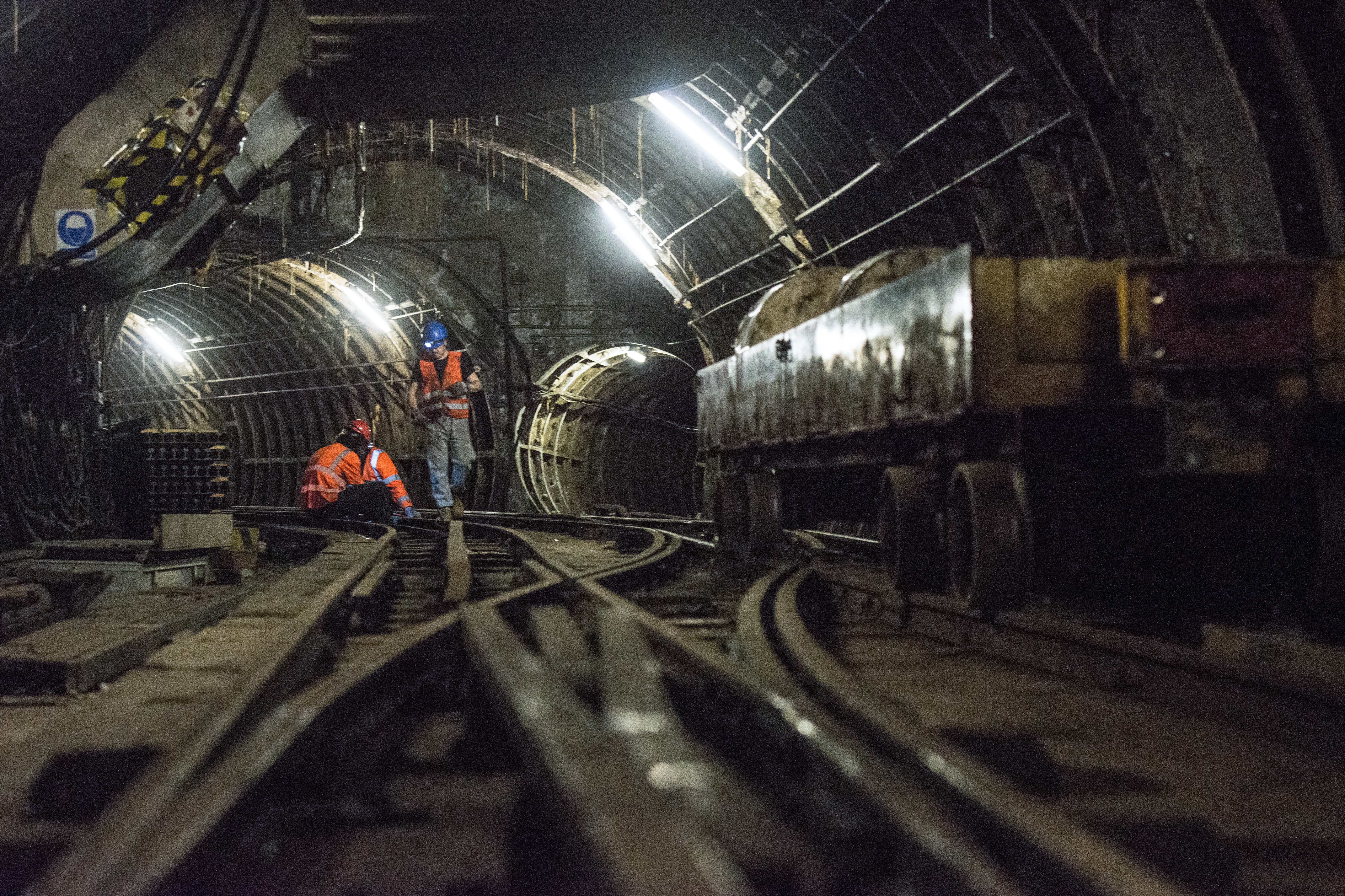 © AFP 2016/ CHRIS RATCLIFFE
Workers sit on the underground tracks of the Mail Rail, the old rail system that transported mail between sorting offices, as work starts to turn it into a heritage attraction at the new Postal Museum in London

Australia’s minimum wage workers make $12.10. The government recognizes that supporting low wage workers is important for the economy and gives out awards, agreements that guarantee all workers in one industry, occupation or geographic regions the same minimum wage and employment conditions. These awards are generally higher than the government-set minimum wage across the country.

The French government provides pretty good conditions for its minimum wage workers — $10.90 per hour. Employees who are younger than 18, however, can only get 80 percent from the national minimum wage. Still not bad, considering that most of them live with their parents anyways. 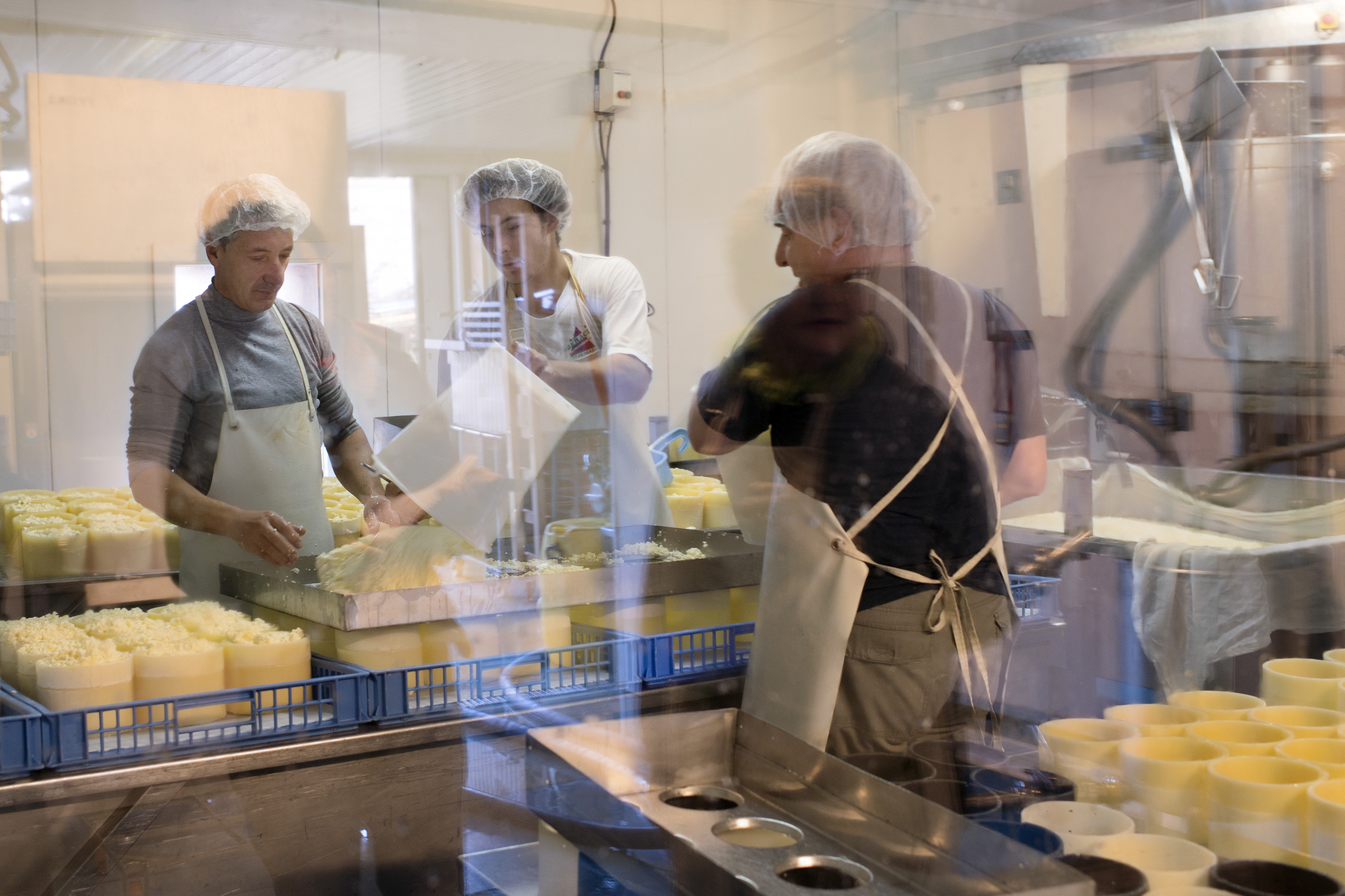 Every Canadian province and territory has its own minimum wage rates, which ranges between $8.10 and $9.61. Considering the cost of living is higher in Canada than in the United States, many argue the current minimum wage levels are insufficient to sustain a decent living, especially in the country’s northern regions where the prices of goods are higher than in bigger southern cities.

Each Brazilian state sets its own minimum wage. However, regional minimum wages can’t be lower than the country’s federal wage floor, adjusted by the government every year. Currently, the minimum wage in Brazil is $310 per month, which equals to $2.2 per hour calculated based on a 40-hour work week.

Poland has one of the lowest minimum wage rates across the European Union (EU) — $2.7 per hour.

Despite the fact that the South Korean economy has been steadily growing over the past several decades, the country hasn’t had the best remuneration benefits for its minimum wage workers. As of now it stands at $5 per hour.