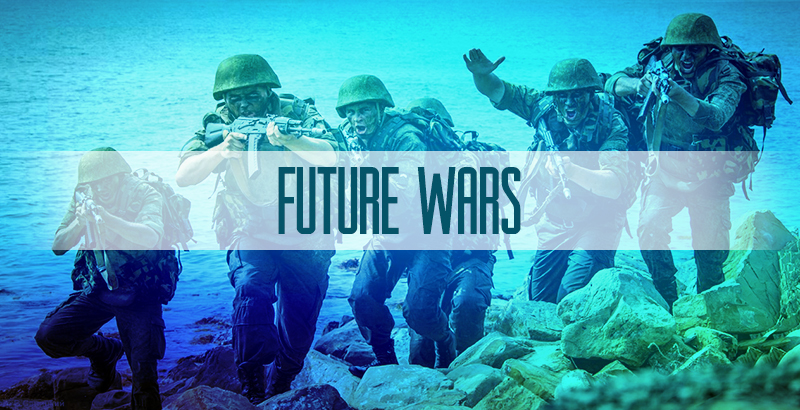 [ Editor’s Note: This is an excellent SF report. This is the first public exposure to the the Russians use of not only large scale simulation training, but doing it vertically and horizontally, with individuals and their units, and then in larger formation integration.

The benefit, as they explain, is reducing the significant wear and tear and even destruction savings on equipment, which I would suggest pays for the simulation equipment quickly and then becomes a reduced cost. And then there is the speed of the training when using simulators. In a threat situation this would allow doubling of the brigades going through the training, and even faster for an imminent combat threat.

This would probably include shorter “refresher” warm up courses of like two weeks so troops go into front line positions knowing that not on their own, but their comrades and command structure have all bee brought up to speed, an important confidence builder, say in contract to the current Ukrainian cannon fodder army… Jim W. Dean ]

While Russia’s campaign in Syria which was waged mainly through air power and military advisers who left the actual land combat to the Syrian forces and their allies, the next such campaign, which might occur either in the Middle East, some place closer to Russian borders, or even on Russian territory itself, could very well require a sizable ground operation.

While the Russian Ground Forces were not directly tested in Syria even though its command and advisory personnel proved to be far more capable than the indigenous military talent left over from Saddam Hussein’s military and advisers proved by Turkey and Gulf Arab states. In the event that the Russian Ground Forces find themselves having to fight a land war, they will be as well prepared as their aerial counterpart.

While the Ground Forces languished for most of the first decade of the century, when there were no major military threats to Russia in evidence, the gradual deterioration of relations which followed the 2008 financial crisis, the subsequent systemic economic crisis, and the crisis-induced need to conquer new markets to avert economic collapse in the West, meant that the neglect had to be quickly reversed.

The reversal, which is still under way, includes not only a far more active training agenda, with numerous readiness alert drills and large-scale multi-service strategic exercises which are once again eclipsing NATO’s ability to stage large operations, is also complemented by the development of state-of-the-art training methods. The 333rd Combat Training Center (CTC) in Mulino exemplifies the Ground Forces’ emphasis on combat readiness.

Even though Russian equipment tends to be durable and easily serviced, high-intensity training does put considerable wear and tear on it, and requires a considerable expenditure of fuel. Moreover, such training also tends to damage equipment when used by inexperienced operators. To maximize the training regimen’s effectiveness, the Russian military is turning to simulator training not only for individual training, but also for large unit training.

The 333rd CTC allows a complete motorized rifle brigade of several thousand troops to undergo a seven-week training program, which starts with individual soldier assessment, followed by company and battalion exercises, and finishing with a brigade exercise. The center allows the soldiers and units begin with simulator exercises to acquire the basic individual and unit skills, to be followed with full-scale field exercises with the use of laser simulators and live fire by all types of weapons available to a motorized rifle brigade. The 333rd CTC also includes a “battle town” that can be used to practice urban warfare skills by a single battalion task force at a time.

The center began its operations in September 2015, with the first unit to undergo training being a Naval Infantry brigade. It is probably not a coincidence that the first Russian troops to be deployed to Syria were Naval Infantrymen who underwent advanced combat training at the 333rd.

The Ground Forces plan to send 3 complete brigades through the center every year, though in theory the center could accommodate 6 complete 7-week training cycles a year, and there is also an intense and accelerated version of the training program available which is likely to be used when a combat operation is imminent.

On a final note, the 333rd Center’s contractors included the German firm Rheinmetall which withdrew from the project following the EU’s imposition of sanctions on Russia in 2014. However, in a display of import substitution, the Russian defense industry proved capable of meeting the challenge and completing the center using domestic technologies.

The planned expansion of the Ground Forces which will include the reactivation of 4 motorized rifle and tank divisions, means that the demands on the training facilities will only increase. The 333rd CTC exists mainly to serve the needs of the Western Military District. In the future, each of the remaining 3 military districts are expected to receive a similar training facility.