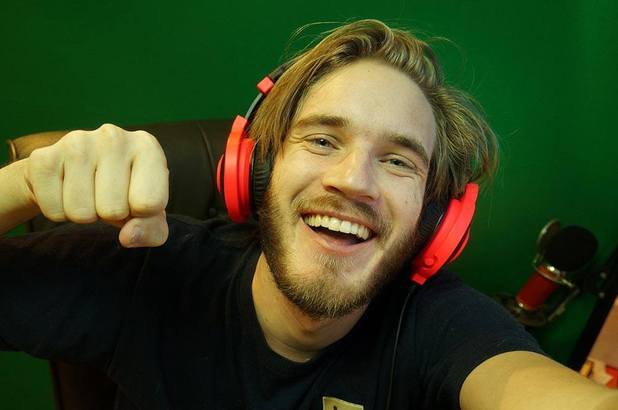 Most on VT are completely unaware of what the youth of America and the world are doing online. But the leaders are there and rising. They have amazing influence.  Ignoring them is very risky and contempt is even worse.

For example, are you aware of PewDiePie?  Of course not!  In fact, admit it, this is the first time you’ve heard of him because you don’t hang out where the actual majority of the youth hang. But pay attention because he represents the youth and these folks are voters.  PewDiePie has over 42,850,000 subscribers on YouTube.com.

Did you read that number?

Look these folks are NOT happy with the racist bigotry of the 20th Century GOP and it’s 80’s crusty creepy lifestyle salesman Trump.  And they are bored by the establishment Clinton-tocracy.  And worse, they dislike you old folk fore giving them a shitty world of war, abuse of environment, fake phony media, and political systems that are so corrupt that they don’t even bother trying to hide it.  They want a better world, a connected world, a world that you’d wouldn’t recognize if you were born south of the 1980s.

Look, I don’t expect VT readers to dig in hard here because who wants to listen to a 20 something right?  But at least pay attention to what’s going on in the youth movements.  This is where the action is going and where its going to be in the next cycles of politics.  So advise all to buy a smart phone and subscribe cause you may be seeing President PewDiePie in 2024.

That’s it for now…..oh btw, this morning, I made a vid on explaining Trump.  Check it out!