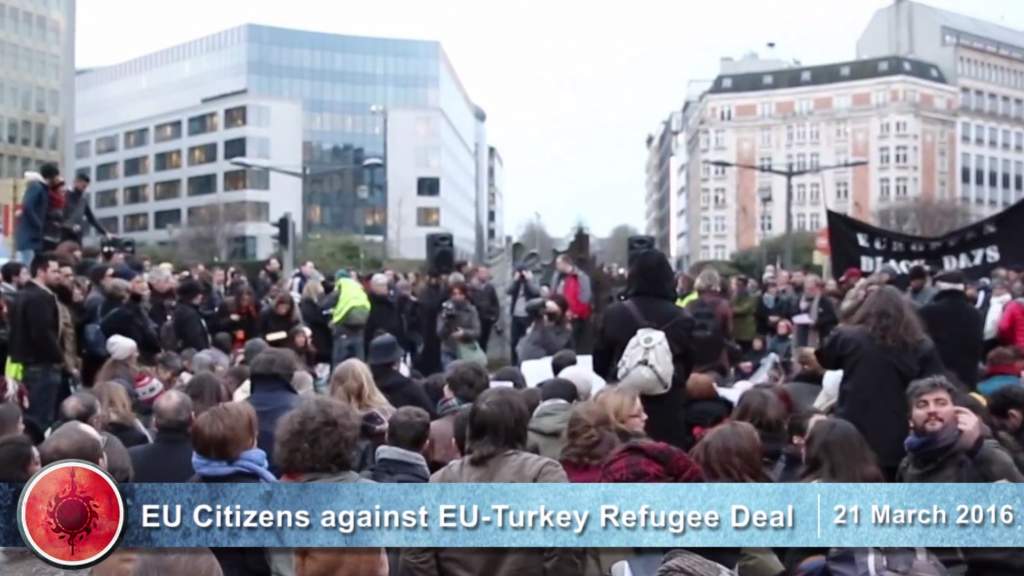 Thousands of people on Saturday filled the streets in several European capitals, including London, Athens, Amsterdam, and Vienna, to show their dissent with the recent deal between the European Union and Turkey aimed at stemming the influx of refugees into Europe.

At least 10 people were arrested on Mar.19 when Turkish police broke up the Kurdish Newroz festivities in the town of Silopi. Officers deployed water cannon to disperse the crowd which gathered in defiance of Ankara’s ban on mass gatherings amid a crackdown on Kurdish militants.

5 people, including the attacker, were killed, and 36 others injured after a suicide bombing rocked the central Istanbul on Mar.19.

The US Department of Defense on Saturday confirmed that a member of the US Marine Corps died in a rocket strike by ISIS militants at a coalition base in northern Iraq.