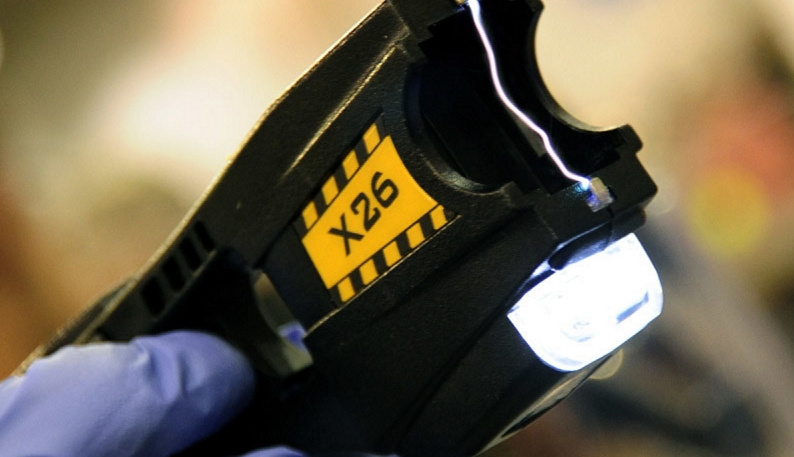 Police officers in Maryland regularly used Tasers in “non-threatening situations” and disregarded safety guidelines, according to an investigation examining three years of Taser incidents in the state.
The Baltimore Sun created a database of every reported Taser use by police from 2012 to 2014 with information obtained through the Maryland Public Information Act, in the first-ever analysis of Taser use in Maryland.

Out of nearly 3,000 Taser uses over three years almost 60 percent of the people that police hit with Taser guns were described as “non compliant and non-threatening”; 64 percent of those hit were black men.

Only 20 percent of suspects who were tased were armed with a weapon and only 2 percent were in possession of a gun.
The investigation also revealed that the recommended guidelines for Taser use were not followed in hundreds of incidents;

Police discharged the weapon for longer than 15 seconds in one out of every ten incidents.
Officers fired the weapons at the chest in 119 incidents in 2014 – even though Taser has warned since 2009 that this could cause cardiac arrest.

The case of Anthony Howard in 2013, who died after being tased by police in Montgomery County was one such incident where there was a huge violation of guidelines.

Howard, who was high on cocaine, came to police attention for dancing on an SUV roof.

Officers claimed he had thrown boulders and charged at them but a 17 minute long video taken by a local resident showed Howard standing still, holding a child’s scooter as police approached him.

Police fired two Tasers at Howard nine times for a total of 37 seconds, after he fell to the ground.

Tasers or similar stun guns have resulted in more than 400 deaths nationwide since 2009.

California had the highest number of fatalities at 60, while Maryland ranks in the top 15 with 11 deaths – five of these were as a result of Tasers being used for longer than recommended.

In four Taser-related deaths in Maryland, the state medical examiner’s office found that “excited” or “agitated” delirium was a contributing factor