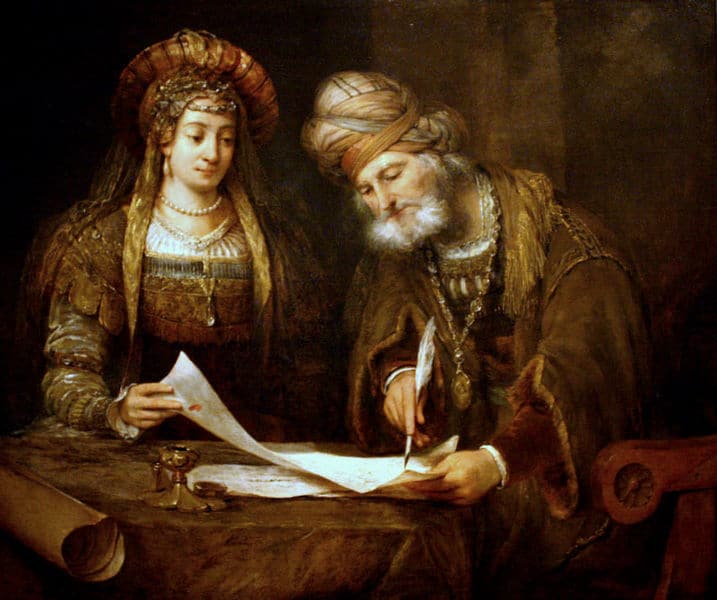 On the March 22nd a “terrorist”attack occurred in Brussels. That would be 3/22.

Kevin Barrett gives and excellent breakdown on the this Satanic Holiday and why this attack has all the markings of yet another CIA Operation Gladio event in Europe, also connected to the White Wolves in Turkey, once used to demonize the left and today used to demonize Muslims.

My only point of divergence, not only with the Wahhabi sect who chose the name of the Egyptian Goddess Isis, and those who continue to use it when the Muslim “Daesh” is more appropriate, is that they have got the wrong Goddess.

If they think that using this name is going to be beneficial to them, whether Daesh or even Satanic cults, then they are very much mistaken. Far from being a Goddess of death and destruction, the Egyptian Isis is a Goddess of life and holds the Ankh of life in her hands and those who misuse her name as they have done, are barking up the wrong tree. Or statue, or star as the case might be. They are invoking the wrong deity for the murderous purposes!

An equivalent inappropriate example would be using the Virgin Mary as a talisman on a nuclear bomb.

What is more appropriate to the Wahhabi cause is the Babylonian Goddess Ishtar indigenous to the country out of which Daesh was born. Iraq, and the city of Babylon.

Following the March 22nd bombing in Brussels, we have another holiday that celebrates a holocaust. March the 23rd is Purim (3/23), the celebration of Esther. Esther rather than Isis is appropriately coupled with the acronym, Israeli Secret Intelligence Service (ISIS), and in turn Ishtar. Esther was what you would call an undercover agent today, a honey-pot and a secret service infiltrator.

Include in this analysis the Israeli support of Daesh on the Golan Heights and their buying stolen oil from Daesh which is shipped through Turkey and combine this together with the Belgium attack on the 22nd. Also include Donald Trump’s speech in support of Israel and what is more Saudi Arabia, that came as a shock to many. It is clear that Trump’s Middle Eastern Policy will not differ from AIPAC’s long held plans to bomb Iran. 3/22 occurred on que giving Trump the added punch that he needed for his anti-Muslim immigration stance and his pro Israel speech in the Murdoch Media on the 22nd when the bombing took place. Contrary to what he says, that he does not want to go to war with Russia and China, this AIPAC policy will result in exactly that. AND add into the equation that on the 27th January, Trump gave a warning to Brussels and Belgium, for which he was mocked by the New York Times, and which raises the question: did he have some foreknowledge and inside information?

Warming to his theme, he added that Brussels was in a particularly dire state. “You go to Brussels — I was in Brussels a long time ago, 20 years ago, so beautiful, everything is so beautiful — it’s like living in a hellhole right now,” Mr. Trump continued.
All these events occurred shortly before Purim 2016.

For current events on Israel’s involvement in the illegal stolen oil and the situation in Syria and Iraq, see my previous article “Who Owns ISIS,” as well as Gordon Duff’s recent in-depth expose in NEO, “Is ISIS a Scam?”

Esther as Concubine and the Acolyte of Ishtar

The celebration of Purim is a yearly ritual and is enacted and carried out in the Judaic tradition in the last days of winter before spring arrives.

A brief synopsis of the story behind Purim

As a young child Esther was orphaned and adopted by Mordecai. When she came of age he sold her into the King’s Harem. Eventually the King became so enamoured with Esther that he made her his Queen. Due to Esther’s influence over the King, Mordecai was given permission to slaughter his enemies, every man woman and child. Not only were the people responsible for plotting to kill the Jews murdered, but also whole families, the innocent, who had been caught up in this political disaster.

We see the same thing happening in the West Bank and on the Gaza Strip today. The innocent are murdered, their homes are destroyed, their olive trees are cut down and their land is taken from them in yet another “holocaust,” reminiscent of Purim.

The celebration of Purim is the celebration of the holocaust that took place when the Jews in Persia, during the Babylonian exile, laid waste to almost 100,000 people thanks to an edict granted to them by King Ahasuerus and made possible due to Esther’s position in the King’s palace.
The Middle East for thousands of years, even in the 21st Century, regards women as commodities. Young girls are sold into slavery, prostitution or both. Many young girls who are exceptionally beautiful and “comely,” a rather censored word used in Biblical passages for “sexy,”are often part of trade and political agreements and are “sold off” in marriage.

Orphans are particularly vulnerable and susceptible, often “adopted” by older men, who nurture them and depending on how pretty, beautiful or “comely” they are, sell them off, either as slaves or in marriage, as one would sell off a prized piece of art in exchange for some other thing of value.

In this story we see Mordecai gaining power and influence through a young girl who he has nurtured and adopted. These young women were also often used as spies, the lure of their charms was encouraged from a young age and adapted for the purposes of espionage and political influence. Their beauty and their sexual prowess was imperative in order for them to fulfil their obligations to their “adopted” father figure. Esther in all cases fits the profile. She is the ultimate Jewish spy and concubine of the Middle East in Judaic culture.

Not only does Esther fit the spy/concubine role, she also fits the profile of the sacred whore and the Goddess Ishtar. Most of the symbols associated with her, including her name, have been plagiarised and adapted from Sumerian belief into a Judaic myth of… “Biblical proportions.”

Esther is called “Hadassah,” which means “Myrtle” in Hebrew. The myrtle flower was sacred to Venus, Aphrodite and Ishtar. It was also considered to be a powerful aphrodisiac. We are told that Esther was born Hadassah, which could be read in the context that she was a born aphrodisiac. Many things over time either get lost in translation or are slightly altered from their original form. The word “hadassah” is almost similar to the word “kadeshah,” which was a sacred prostitute.

If we look at the story of Esther, her upbringing, her eventual position in the King’s harem and her later rise to power, she most definitely fits the definition of “kadeshah.” She also fits the definition of the Japanese concubine and the many women in European history known openly as “The King’s Mistress.” Trained for service both physically and intellectually in order to spy on and be of influence in the highest escutcheons of power. As such she is given “Goddess” status.

Ishtar is the Goddess of love, war, fertility and sexuality. The town of Uruk in Babylonia was known as the “town of the sacred courtesans.” She is also referred to as the “courtesan of the gods”.
The monarchy at the time regarded themselves as “Gods”; King Ahasuerus was seen as the son of the Gods, Esther as his courtesan and concubine, is a courtesan of the “God.”

Ishtar is often associated with Isis. But these two “Goddess” figures come from two different nations and represent completely different aspects of women.

Ishtar
Ishtar is a concubine, courtesan and a second wife to the King/God. This is a polygamous relationship.
Ishtar in cosmology is the planet Venus.
Ishtar is the Goddess of war.

ISIS
Isis is a Goddess in her own right and the only wife of Osiris. This is a monogamous relationship.
Isis in cosmology is the star Sirius.
Isis is the Goddess of fertility, her star Sirius, rising at the annual flooding of the Nile River which brought fertile silt giving abundance to the whole of Egypt. Isis is the mother figure, of the God King Horus.

A comparative study of Egyptian Goddesses would rather place Ishtar and in turn Esther, on a similar level to Lioness Goddess, Sekhmet, the “alter” of the Goddess Hathor. Ishtar was also associated with Lions.

In her negative aspect as Sekhmet, she is the Goddess of war and destruction. Also known as the destructive “eye” of the sun. Or the “eye of Ra.”

In her positive aspect she turned into Hathor, the goddess of love. Much in the same way Esther is the concubine and lover of the God/King, but is also the engineer of the holocaust and the total destruction of Mordecai’s enemies.

Hollywood seems to have adopted this duality of Ishtar, through mind control and creating “alters.” The “kitten” training, the violence and the blatant promiscuity, coupled with dual personality types very often leading to mental breakdown and often suicide.

A full in-depth study on this subject can be found at: Vigilante Citizen.

Esther, Torah, Dead Sea Scrolls
In closing, the story of Esther is not part of the original Torah reading. It is a story that has been adapted from Sumerian myths, the Babylonian exile and the story of one of the twelve tribes, being the Jews, descendants of Judah.

Whether there was an Esther or not, whether this holocaust actually took place or not, is debatable.
The whole rendering of the story of Esther could be plagiarised from Babylonian history and religion as the Ten Commandments, Proverbs and Psalms were plagiarised from Egyptian texts.
The Samaritans, the descendants of Joseph and his sons, Ephraim and Manasseh, do not celebrate Purim. They only mark the holidays set by the Pentateuch. Esther was not included amongst the Dead Sea Scrolls and the Essenes regarded the story as pagan, violent, barbaric and not in keeping with the teachings of the Torah.