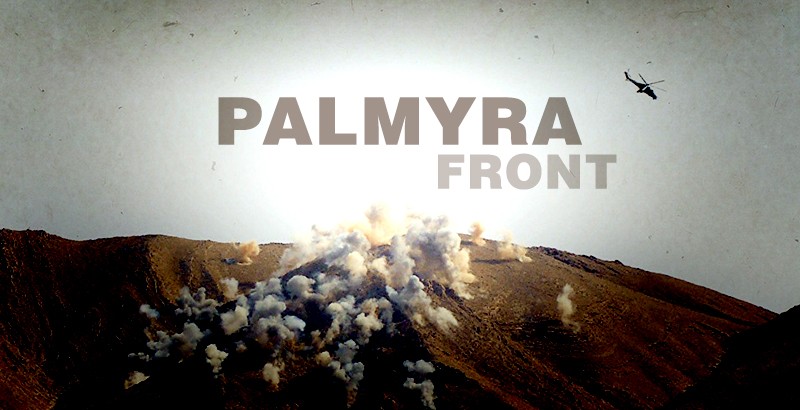 Russian and Syrian warplanes targeted ISIS positions near Palmyra and Quaryatayn in the province of Homs. These raids are a part of the long-standing areal campaign in order to support the Syrian forces’ advance in the province.

Meanwhile, the Syrian Arab Army (SAA) advanced on the city of Quraytayn and partly encircled it capturing nearby hilltops. These actions allowed the Syrian forces to cut off the Quraytayn-Palmyra road. Thus, ISIS has lost their communication lines linking Ithriya, Palmyra and Quraytayn. Heavy clashes are ongoing in the province.

On Mar.21, SAA units targeted ISIS militants in Tal Asheihib in the Sweida province. A mortar launcher and a bulldozer were destroyed and the terrorists operating them were killed.

In Northeastern Aleppo, the Syrian forces have repelled more attempts of ISIS militants to seize the village of Kafr Saghir. Now, SAA units are conducting a counter-attack in direction of Babinnis and Tel Shaair.

Russia has delivered a humanitarian aid to the village of Harasta Northeast of Damascus. Hundreds of houses have been shelled by terrorists and power lines are broken in the village, however 4,000 people still continue to live there.

During last 3 days, representatives of the Russian Centre held 17 joint sessions with leaders of 6 political parties and movements to expand safety zone in the provinces of Homs, Hama and Aleppo. Preliminary truce agreements have been achieved with representatives of 3 towns of the Daraa and Damascus provinces. The total number of settlements, the leaders of which have signed reconciliation agreements is 51. The number of ceasefire application forms signed with leaders of armed groupings is 43.

The Iraqi seurity forces reported they found a body of a senior ISIS commander Abu Omar Shishani, East of Iraq’s city of Ramadi. Last week, Pentagon confirmed that Shishani died from his injuries following a March 4 coalition airstrike in Syria near the town of Shaddadi.