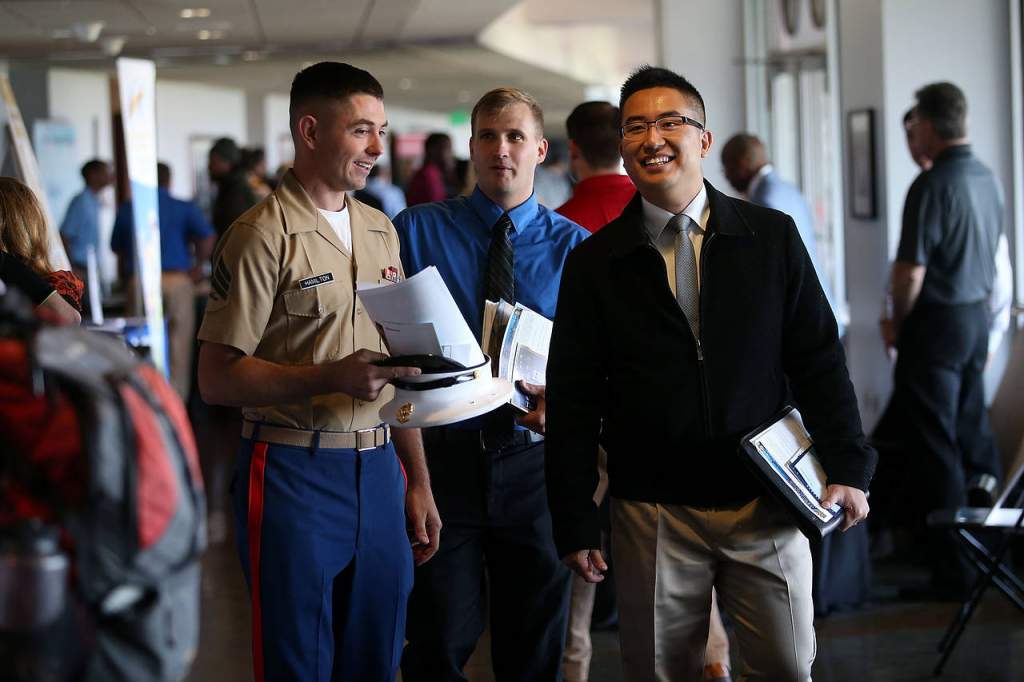 The unemployment rate for American veterans fell to the lowest level in seven years in 2015, a reflection of an improving jobs market alongside programs to put servicemen and women to work.

The unemployment rate for all veterans was 4.6% last year, the Labor Department said Tuesday, matching the rate in 2008. By comparison, the figure was 5.2% for nonveterans ages 20 and over.

The latest numbers echo broader trends in the U.S. labor market. The unemployment rate for people 16 and over was 5% at the end of 2015 and 4.9% the first two months of 2016, the lowest since February 2008. To be sure, by many measures the labor market hasn’t fully healed from the latest recession, which ended in mid-2009. The share of Americans stuck in part-time jobs or too discouraged to look for work was 9.7% in February, the lowest level since May 2008 but still well above prerecession levels.