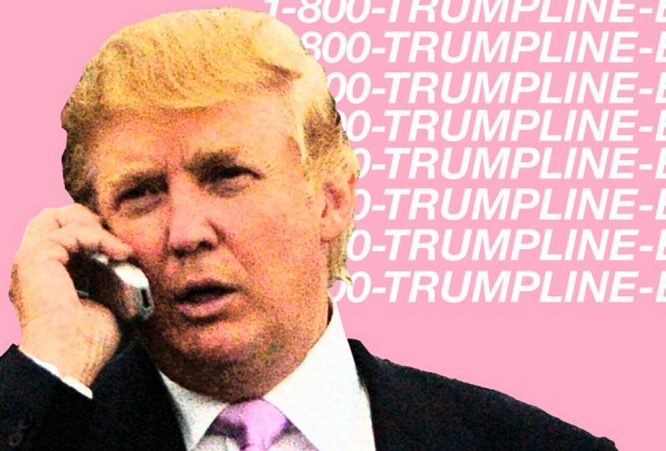 Editor’s note:  All of this, a gift from Trumps “mobbed up” friends, to try to minimize awareness of ‘the donalds’s’ total surrender at the AIPAC Conference

The leader of the American Freedom Party wants to ensure that any Trump supporter who has been “traumatized” and bullied simply for loving their candidate has a number to call to get help.
–

When that hotline bling, that can only mean one thing: Trump supporters seeking emotional help and legal advice from white nationalists.

William Daniel Johnson, a practicing lawyer and the leader of the American Freedom Party, told The Daily Beast he plans to launch the Trump Harassment Hotline on Tuesday, a 24/7 service “to help those who are attacked physically and verbally for supporting Trump.”

The idea is that a Trump supporter who has been subjected to emotional or physical abuse from someone who disagrees with them politically can call a single phone number for all their needs. Think of it as a one-stop shop for legal advice from people who think the white race is at risk of dying out because of immigrants.
Read more at Daily Beast, the voice of “the lobby”
____________
ATTENTION READERS
Due to the nature of independent content, VT cannot guarantee content validity.
We ask you to Read Our Content Policy so a clear comprehension of VT's independent non-censored media is understood and given its proper place in the world of news, opinion and media.