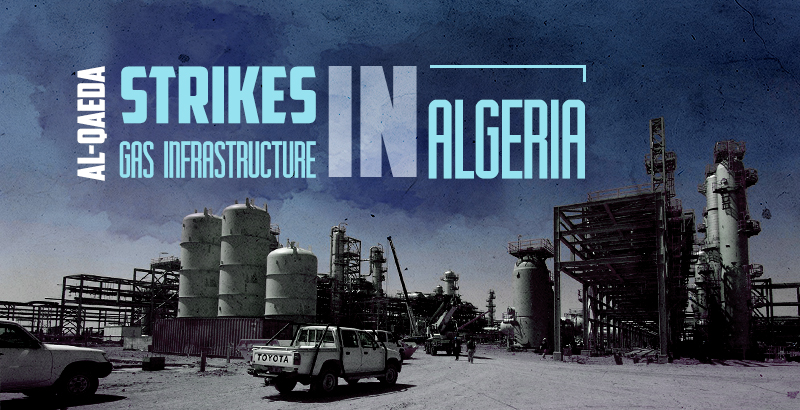 Al-Qaeda in the Islamic Maghreb (AQIM) militants fired rocket propelled grenades at the Salah gas facility in Algeria on March 18. Despite there were no casualties or damage reported, the Norwegian oil and gas company Statoil and the British oil and gas company BP plc, which mange the attacked infrastructure, have announced that they will temporarily withdraw some of their staff from two natural gas treatment plants.

The Statoil-BP infrastructure in Algeria was already attacked in 2013 resulting in the death of 40 oil workers on the In Amenas facility located near the Libyan border. Unlike 2013, the recent attack was made from the territory of Mali on the up-country object which shows significant problems in the Algerian security.

Furthermore, AQIM released a video statement threating an attack on Statoil-BP facilities in few hours prior to attack. Considering that militants were able to transport and use 130-mm rockets and launchers, it becomes clear that the Algerian security services aren’t able to provide security for the crucial country’s infrastructure.

An important fact is AQIM’s video included a demand for foreign companies to cut the links with the Algerian government and a suggestion to launch negotiations on terms of future works on the development of gas and oil fields. In other words, AQIM asks money for safety of Statoil-BP facilities. The video also included a threat of non-demonstration attack if AQIM’s demands will be ingored. This is likely why Statoil and BP have decided to temporarily withdraw staff from the gas facilities.

Nonetheless, it couldn’t be ignored that AQIM can just carries out an order of some foreign power which pursues own interests in the region. For instance, Saudi Arabia has differences with Algeria on the conflicts in Yemen, Syria and Iran. In this case, the recent attack showed that Algeria is vulnerable for such unfriendly acts.

In the contemporary situation, the Algerian government will seek to demonstrate that it’s able to control the situation in the country. This issue becomes especially acute amid ISIS’ statements to open the war against Algeria.