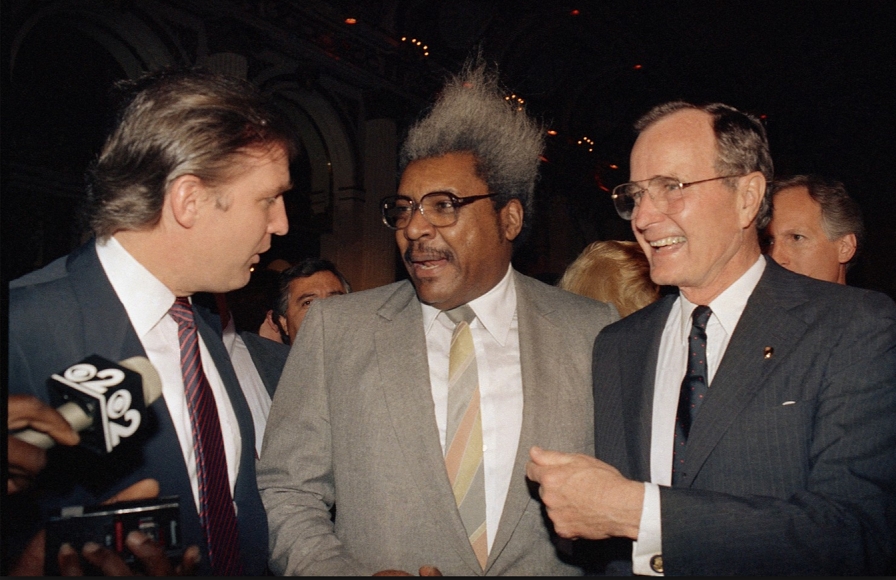 Many Americans are flabbergasted at the prospect of the marriage of the Jewish lobby and white supremacist “fringe” behind the Trump candidacy. For some it is a case of “strange bedfellows,” but for those who have long been aware of AIPAC, Adelson, Koch, the ADL and SPLC, this is no surprise.

Their politics are the same because the money behind them is the same, pure “Koch” with a side of “Adelson.” Insiders have long known about the Jewish money behind the paid fringe Nazi movement.

There is little politically amateur internet surfers get right about politics. They aren’t the only ones, it seems “The Donald” has fallen into the same trap, surrounded by “puke lappers” and blessed with the best intellect the GOP has to offer, meaning “Trump is a moron.”

I simply can’t take it anymore which will lead me to a “come to Jesus” talk with my good friend Jeff Rense, who I expect may well be ready to abandon Trump as well.

Here is the problem. There was a time when politicians needed to go the AIPAC Convention and kiss heinie in order to get the “Jewish vote.”  The GOP, Jew haters to the last, promised their undying love for Israel, making total asses of themselves, knowing they would never get a Jewish vote.

No American Jews vote Republican, none will vote for Trump, certainly none will vote Cruz or even stealth CIA/mob candidate Kasich who has been such a nightmare here in Ohio.

Trump gave it up for nothing, making a total ass of himself. He just doesn’t know how it works. We do recognize that there is a huge Mossad file on Trump, god only knows what he has done and frankly, nobody should care. With the Reagan/Bush predilection for little boys and the Bolshie/Neocon love of making friends on their knees in public restrooms (sources confirming: FBI, NSC and Pentagon CT personnel who served under Bush 43 and now at VT).

So what if the “supermodels” Trump did or did not have sex with in the basement of Studio 54 (where he “attended” with mob lawyer Roy Cohn) were “lightly battered” crack whores, peppered with carefully placed Cuban cigar burns. Boys love to talk and Trump is a little boy who did his military service at a prep school, like the other GOP “chickenhawks.”

Let’s explain AIPAC, the ADL, JDL, SPLC and their shadow ops, the National Socialist Movement, their websites “Stormfront” and “InfoWars.” They control the phony militias, partnered with the Mormon mafia that ran the Italian mob out of Vegas. For those unaware, the Mormons along with their partner Freemasons during the Nixon years took over the FBI and CIA.

Here, Trump’s major fail was aligning with the AIPAC and Adelson, something that reinforces the well founded suspicions of Trump’s lifelong mob connections.

When Obama broke with Netanyahu over Turkish, Saudi, Israeli backing for ISIS and Netanyahu’s interference in American politics, AIPAC and the ADL, lost their muscle in Washington despite the mob money behind them.

Increasingly Jewish Americans with their long history of backing progressive causes, moved away from AIPAC and their pretend conflict with the last few remaining Nazi’s in America, a handful of internet trolls, and the two or three carloads of demonstrators that showed up from time to time for public consumption.

As Jews in America have moved increasingly to the left, the “lobby” has gone right wing, even to the point of backing candidates of the now defunct Tea Party, typically rural, suspicious of Jewish “conspiracies” and to a one, rabidly racist.

Truth is, American Jews hate Trump, just read the Israeli press. None will vote for him. Why then did Trump alienate his base, all but his “supremacist” backers, when he prostrated himself at the AIPAC convention?

For years now, mainstream Jews in America have increasingly looked on these organizations as an embarrassment, their messages of fear and hate a reminder of the past while Jews are a great success story in America. A Jewish presidential candidate, Bernie Sanders, is in serious contention for the presidency with “Jewishness” not even remotely considered a factor.