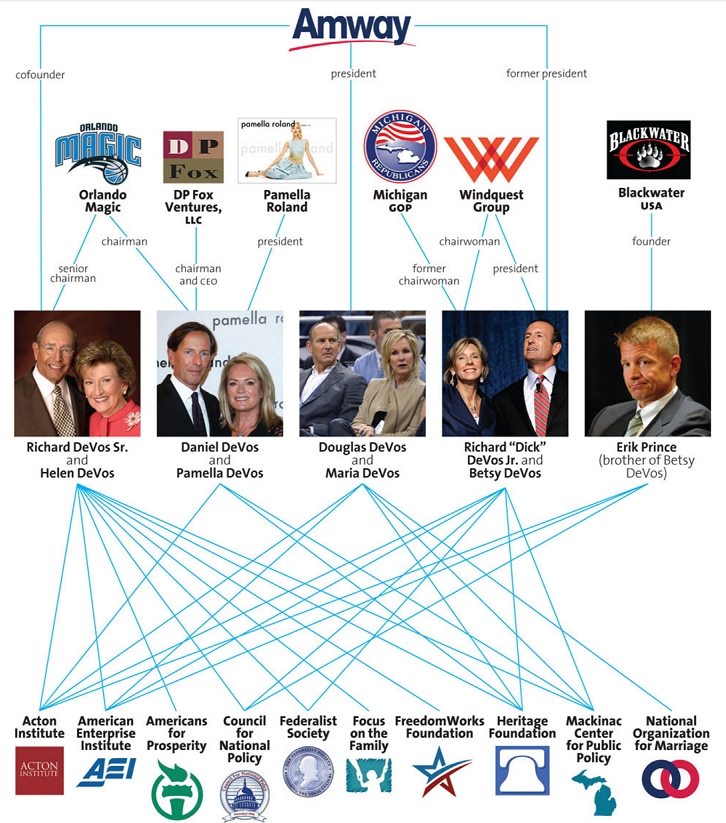 ‘Rogue chairman’ Erik Prince is reportedly under federal investigation.
[ Editor’s note:  When West Michigan spoiled rich kid Erik Prinz (his real name), another GOP millionaire brat like Mitt Romney, wanted to get into the Naval Academy, it was VT’s own Congressman Mark Siljander who appointed him in place of a poorer and more deserving candidate.  Mark knew he was dealing with the son of his largest donor and Mark had yet to have reached his epiphany, breaking with the GOP over Iraq and being railroaded into prison.
RT gets this story wrong.  It isn’t really Dick DeVos, its his wife Betsy.  Long before Blackwater, they had a private army of police and CIA retirees.  They long used the Michigan State Police as a private enforcement group for Amway Corporation “policy.”  DeVos (Betsy) nominated GOP presidential candidates, picked judges, named US Senators and has almost as many “personal” members of congress under her control than gambling boss Sheldon Adelson… Gordon Duff ]
____________
How do you think ISIS got to Algeria and Libya?
Erik Prince, the notorious former chief of the mercenary company Blackwater, is facing possible charges in the US for selling military services to Libya and money laundering, according to an exclusive story in The Intercept.

Prince, who sold off his Blackwater operation in 2010 after years of controversy, set up the Frontier Services Group in 2014 with the help of major Chinese investment firm Citic Group.

The ex-Navy Seal is alleged to have sought and received help from Chinese intelligence to create a Bank of China account for his Libya activities. He was apparently looking into possible military contracts in the north African country as far back as 2013.

Officially FSG does not offer military services, concentrating instead on “aviation and logistics” with short-notice evacuation of people from conflict zones supposedly one of its specialties.

According to The Intercept, who interviewed many of Prince’s current and former associates, the Department of Justice probe centers on proposals, apparently written by him and others in FSG, which offer fighting services to foreign governments.

He is believed to have traveled to at least six countries since 2014 in the hope of expanding his mercenary empire.

Some working closely with Prince claim he is working far beyond his brief.

“He’s a rogue chairman,” one associate told The Intercept. “Erik wants to be a real, no-shit mercenary. He’s off the rails, exposing many US citizens to criminal liabilities. Erik hides in the shadows … and uses [FSG] for legitimacy.”

FSG boasts a number of former US military and intelligence operatives on its payroll while Prince himself is said to work closely with a former South African commando and a lawyer with dual US-Israeli citizenship.

FSG CEO Gregg Smith, a former US Marine, has tried to distance his company from any illegal solicitation in which Prince may have been involved, even going as far as to strip Prince of many of his powers as chairman when news of the year-old federal investigation came to their attention.

“FSG has no involvement whatsoever with the provision of — or even offering to provide — defense services in Libya,” he said.