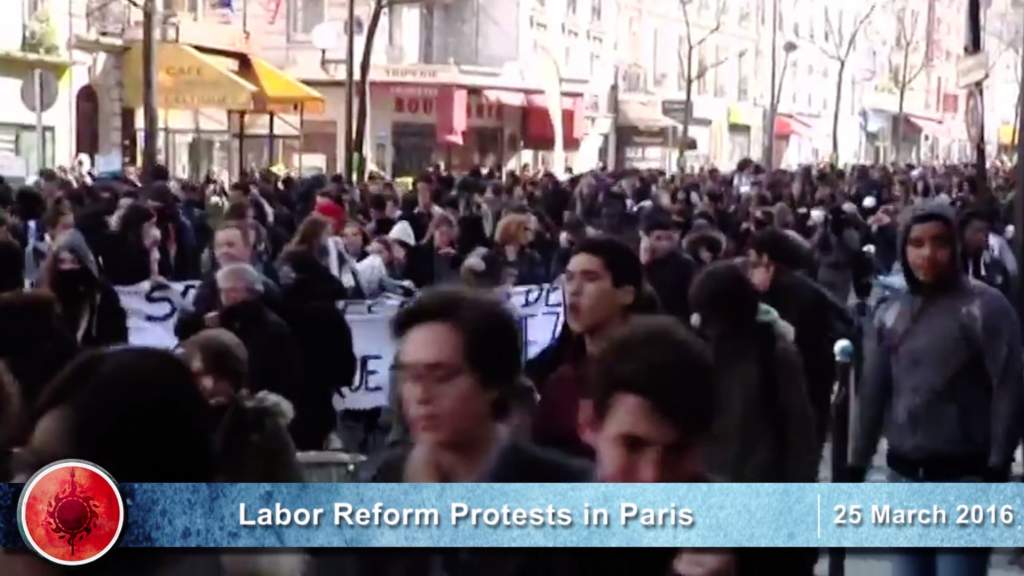 Thousands of people took to the streets across France on Thursday to protest the labor reforms proposed by the government. The Paris rally started in the Montparnasse area of the city and resulted in brutal clashes with police.

The Iraqi armed forces have begun an offensive to recapture the country’s second-largest city of Mosul from ISIS terrorists.

Saudi Arabia and the Houthis controlling part of Yemen have agreed to a “cessation of hostilities,” the UN’s special envoy to Yemen announced on Wednesday. UN’s Ismail Ould Cheikh Ahmed said the two parties would start implementing a ceasefire from April 10.

Russian Foreign Ministry spokeswoman Maria Zakharova has described as “odious” Washington’s refusal to return the Guantanamo Bay naval base to Cuba. The base is also a home to a notorious military prison run by Washington