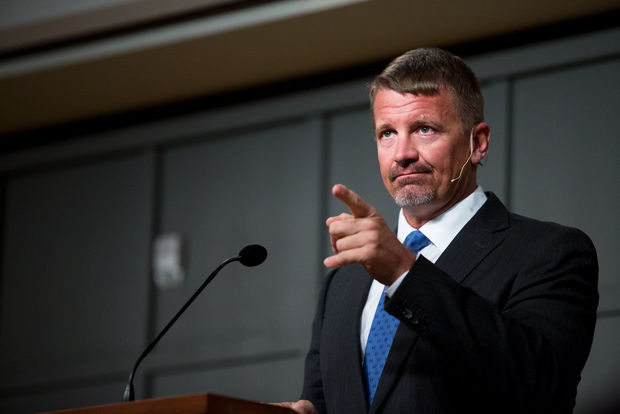 According to the 7 Sabah website quoting Dursun Ali Bulut (Gazzette national journalist) the Turkish government tried to conceal the media reflection of this trip and thus sent a number of MIT officials to the airport in secret to greet him. Immediately after entering Ankara, Prince held meetings with senior Turkish officials, including intelligence and security services managers and mayors.

According to some analysts, this action takes place because of increasing concerns of Erdogan and the Turkish government about possible riots and potential tensions in the country.Blackwater is actually a security contractor firm attached to American armed forces special teams who in exchange for large sums of money make security or carrying out acts of sabotage.

Now in all countries that are at war, or where chaos and anarchy reigns, this company’s footprint can be seen. We operate everywhere in the world as requested by allies and government friends of America and Israel; as soon as they demand we leave no opponent alive, said Blackwater spokeswoman in his personal page a while ago.

They say after the Turkish government recent secret agreements with Israel, the AK Party government has been advised to use Black Water security capability to make terrorist groups in Turkey. Analysts believe the group known as Asadullah, that has recently showed in Kurdish areas is a state-sponsored group working in line with this strategy to crush all the opponents.