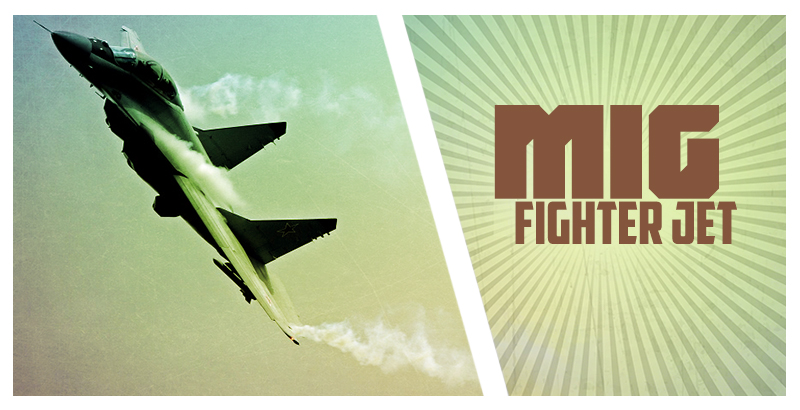 It is easy to forget, given that the Russian airgroup at Hmeimim was wholly composed of Sukhoi aircraft, including the Su-24, -25, -27, -30, -34, and -35, that the word MiG has been synonymous with “fighter” for most of the post-World War 2, era. MiG Design Bureau’s dominance started with the famous MiG-15 fighter of the Korean War fame, through MiG-17, -19, and -21 of the Vietnam War, Arab-Israeli Wars, and the India-Pakistan conflicts and ending with the MiG-23 that was the frontline Soviet fighter for most of the 1970s and 1980s and the MiG-25 strategic interceptor. The dominance of the MiG family was eclipsed and ultimately ended by the sudden emergence of the Sukhoi Design Bureau which spent decades building attack, bomber, and strategic interceptor aircraft such as the Su-15 and whose introduction of the record-breaking Su-27 meant the MiG suddenly became the “junior partner” in the Su-27–MiG-29 combination of fourth generation fighters which entered service in the 1980s.

The end of USSR only tilted the playing field more in favor of the Su-27. It was not efficient to modernize and maintain two fighters with similar characteristics, so the preference was given to the larger, longer-ranged aircraft capable of carrying a greater payload. While MiG-29s experienced almost modernization, the Su-27 family was enlarged by the Su-30SM long-range multi-role interceptor, the Su-34 tactical bomber, and finally the Su-35 Generation 4++ fighter, all of which accepted into active service and ordered in large numbers. Moreover, older Su-27s were modernized to the Su-27SM Generation 4+ level to keep them competitive in the air combat role. And, of course, the T-50 Generation 5 fighter is also a Sukhoi design that will receive its “Su” designation once it is officially accepted into service.

But now the two decades of MiG neglect are coming to an end. Already in the 1990s, a few dozen of MiG-29SMT Generation 4+ fighters entered service. These aircraft had improved avionics, more powerful engine, extra fuel, and a wide armament suite which make it equally capable in the air-to-air and air-to-ground roles. Additional MiG-29SMTs were recently ordered and have begun to enter service, with the first four new aircraft being deployed to the Russian airbase in Armenia to keep watch on the potential Turkish threat. Russian Naval Aviation has ordered sufficient MiG29Ks to equip a carrier-based fighter regiment to supplement the Su-33 regiment that represents the Admiral Kuznetsov’s aerial component.

But the MiG-29 family’s ultimate member will be the MiG-35 fighter which was originally developed for export but which is expected to enter service with the Russian Aerospace Forces in 2017. Like the larger Su-35, the MiG-35 will be a Generation 4++ multi-role fighter equipped with a active phased array radar and a wide range of weapons.

The renewed interest in MiG fighters serves several interests. The Sukhoi aircraft are all large, powerful, long-ranged aircraft, so much so that they are “overkill” in many situations, including close air support and providing battlefield air cover. Their presence would release the Sukhois for longer-ranged missions where their performance is crucial. The MiG-35 is also more than a match for most of the F-16 variants which represent the bulk of NATO’s fighter force and will continue to do so for decades to come, so they provide a useful boost to Russia’s tactical aircraft numbers at lower operating costs than the Sukhois.

The final reason has to do with Russian defense industry policy which seeks to avoid excessive consolidation. The problems associated with the F-22 and the F-35 are a direct consequence of Lockheed-Martin having a de-facto monopoly on fighter design in the United States. The JFX competition which led to the F-35 was a sham for which the Boeing design was not developed to win but rather to hone technologies to be used in Boeing’s own monopoly, namely unmanned combat aerial vehicles. Therefore the USAF now has no choice but to pay however many billions of dollars Lockheed-Martin demands, and accept a substandard product, because it literally has no alternative.

The Russian Aerospace Forces, on the other hand, will have two major design bureaus to choose from in the years to come, as there are already rumors that the MiG-35 will be followed by a lightweight Generation 5 fighter to supplement the heavyweight T-50.