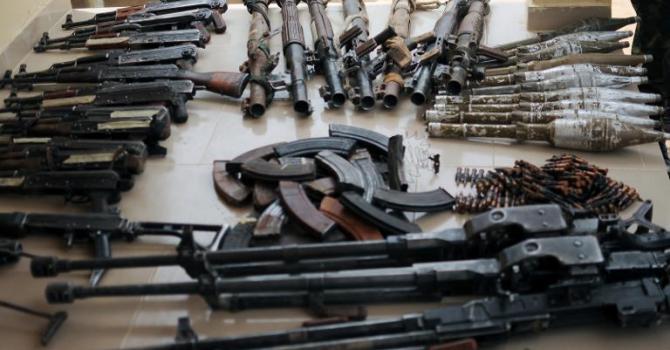 [ Editor’s Note: Turkey seems to be scraping the bottom of the barrel with this Hail Mary pass to blame the EU for the terrorism problem in the Mid East, while denying its own involvement. But this is a win-win for us here at VT and the world public, because both sides are doing it and the conspiracy theory dodge is now toast.

We have long written about how the major Intel agencies were aware of state-sponsored terrorism, not just their own of course, and obvious opponents, but also for allies.

But across the democratic free Western world, there is the universal feeling that people of the involved countries should not have their little heads hurt by being informed about any of this.

Their moral cover is that, in this nasty world we live in, sometimes nasty things have to be engaged in to “protect the people”. But if this were the case, they could just do it and not have to worry what the public is going to think when (or if) it awakes from its slumber to learn about the big con. Our own 9-11 is the gold standard on that… with an openly rigged inquiry that withheld all damaging information, and our country’s institutions just rolled over.

I have written that we were unlikely to see any in NATO or the Western coalition telling tales on the state-sponsored terrorism of others in the group, as much as it includes joint operations, and including all the infrastructure. They cannot expose anyone else when angry over some incident without risking getting exposed themselves.

But, they have some comfort in the fact that since they got away with 9-11, the public will roll over on anything, and I tend to agree. We have found the moral pushback in the security industry to be above the 1.2% in the infamous “The Experimenter” real life study and subsequent documentary, in which paid participants applied electrical shocks to fellow experimenters for incorrect answers to questions with increasing voltages going up to 240 volts… lethal voltage, with an authority figure telling them, “It is OK… proceed”.

They even continued shocking the subjects when they were no longer responding to questions. Only 1.2% (either men or women) of those inflicting the shocks refused at some point to continue, despite all of them having been paid in advance and understanding they were free to leave at any time.

In the Intel world, that percentage would be lower while on active duty, and higher among retirees who have had more reflection time. Because there are a lot of retirees, that gives us a good-sized pool to work with. Gwenyth Todd is one of those, as is Lee Wanta, Col. Hanke and Jeff Smith. Those are just some of our active public ones, but there many more unnamed.

So please cross your fingers that this might be a crack in the dike, and more “tell all” revelations will follow. Turkey makes an excellent point that the EU has allowed jihadis on watch lists to exit the EU to the Mideast, with some of them taking their weapons with them. It has more stories to share — a lot more — so this was a mere shot across the bow. Pray that it escalates to broadsides being fired, and that Israel is included.

This is the Ali Baba Magic Carpet Express I have used as satire for some time, yet we have found corporate media to be oblivious to the reality, although it is one of the biggest security scandals of our era. We covered this in our feature yesterday, of Turkey doing just what it is accusing the EU of doing, which just broke 10,000 reads this morning. Maybe I should switch to a new bi-line that “You really can just make this stuff up! … Jim W. Dean ]

Turkish officials have accused European governments of attempting to export their extremist problem to the Middle East while King Abdullah of Jordan has accused Turkey of exporting terrorists to Europe.

According to The Guardian, Turkish officials have outlined to the British daily “failures” of the European governments “through several documented instances.”

European authorities freed them after being deported from Turkey despite warnings that they have links to foreign militant networks, the report said.

“We were suspicious that the reason they want these people to come is because they don’t want them in their own countries,” said a senior Turkish security official, whose name was not mentioned by The Guardian.

The paper said the conversations with Turkish officials took place before the latest Daesh-claimed terror attacks in Brussels in which at least 32 people were killed.

Those bombings and the attacks in Paris last November revealed Europe’s failings in tackling the threat from Europeans intent on travelling to Syria or Iraq to fight with Daesh and then returning to carry out atrocities at home.

European officials have repeatedly said Turkey ought to do more to secure its borders.

They point to the lack of hindrance encountered by militants travelling through Turkey to Syria, who were prevalent along the established routes and made little effort at discretion on the way to the frontlines.

They also point to the fact that most of the thousands of foreign militants battling in Syria today entered through Turkey.

President Vladimir Putin, after a Russian plane was shot down for straying briefly into Turkish airspace, accused Ankara of being “accomplices of terrorists.”

In a stark confirmation, King Abdullah of Jordan reportedly said at a top level meeting with senior US politicians in January that Europe’s biggest refugee crisis was not an accident, and neither was the presence of terrorists among them.

“The fact that terrorists are going to Europe is part of Turkish policy and Turkey keeps on getting a slap on the hand, but they are let off the hook,” leaked notes from the meeting cited him as saying in a report by The Guardian and other media outlets.

Asked by one of the congressmen present whether Daesh was exporting oil to Turkey, Abdullah replied: ”Absolutely.”

According to a detailed account of the meeting seen by UK-based Middle East Eye blog, the king went on to explain what he thought was the motivation of Turkey’s president. Abdullah said that Erdogan believed in a “radical Islamic solution to the region.”

Turkish officials, however, challenged the notion in interviews with The Guardian that they did not do enough to combat the transit of EU-based terrorists to Syria via Turkey.

They said the EU has failed to secure its own borders or abide by pledges to share intelligence and cooperate in battling the Takfiri terrorist threat.

The EU’s Counter-Terrorism Coordinator Gilles de Kerchove confirmed that most European nations were indecisive in their response to the terror threat.

“Europe knew exactly what was happening, but they started a blame game and said the entire problem was on the Turkish-Syrian border,” he said.