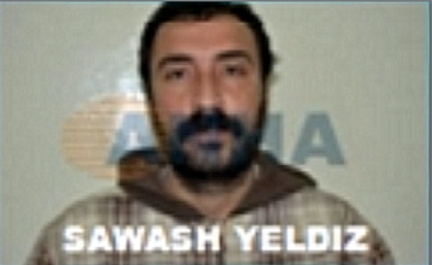 Yeldiz has confessed to planning the Brussels attacks on last week and his complicity in ISIS operations including recruiting terror cells and training suicide bombers to be used against other European targets in months to come.

Yeldiz told Kurdish authorities  that he is a serving office in Turkish intelligence and was assigned to the Turkish intelligence center in Raqqah, Syria.  There, according to Yeldiz, Turkish military officers, working side by side with their Qatari and Saudi counterparts, plan ISIS operations inside Syria.

Yeldiz says there was a similar headquarters in Ramadi until recently and that those there who weren’t killed by Iraqi forces were airlifted by coalition helicopters to Mosul.

According to Yeldiz, his organization works with ISIS to select and recruit “go back” agents with appropriate passports and language skills, training them for attacks against “soft targets” in the European Union.  Terrorists with existing Shengen region documents are preferred though forged documents are readily available.

Yeldiz was captured in an ambush targeting Ahrar al Sham forces.  This group, once numbering up to 15,000 fighters, was absorbed by the al Qaeda “franchise,” Jabat al Nusra, in late 2015.  Despite its designation as a terrorist group by the UAE, Egypt and other nations, al Sham continues to receive military support from Britain and France.

It is interesting to note that the operational group which, according to Yeldiz, is the primary source for EU bound terrorist operatives, is funded and armed by EU member states.

The US-trained Syrian-based group which holds Yeldiz expressed willingness to cooperate with Brussels to hand over the mastermind of the explosions provided that the European Union take into consideration the PPK political and  economic demands, including a recognition of a Kurdish self-autonomy and the Party’s right to transport oil and petroleum by-products via the Kurdish region for financial returns. (note that the PPK is not the PKK, the communist based Kurdish Workers Party though both are under attack by Turkey)

The PPK pledged to cooperate with Europe on countering terrorism if its conditions are met.  The western countries are currently debating the PPK demands behind the scenes, due to the fact that a political settlement for the Middle East requires a solution for the Kurdish ethnical issue.

The Kurds are used as a bargaining chip by Erdogan and can be a source of destabilization of Europe, thus, the European community will not be immune against the security crisis if it persists for a longer time.

Ambassador Bou Said concluded that the Military organization in Turkey is getting more disgruntled with Erdogan government political performance, therefore, turkey may be subject to further disturbances that would lead the country to  the unknown.