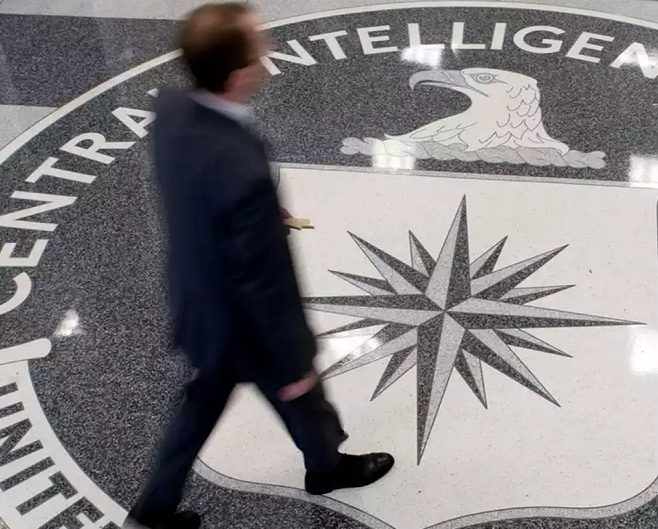 The CIA took naked photographs of people it sent to its foreign partners for torture, the Guardian can reveal.

The CIA naked photos scandal is a wake-up call

A former US official who had seen some of the photographs described them as “very gruesome”.

The naked imagery of CIA captives raises new questions about the seeming willingness of the US to use what one medical and human rights expert called “sexual humiliation” in its post-9/11 captivity of terrorism suspects. Some human rights campaigners described the act of naked photography on unwilling detainees as a potential war crime.

Unlike video evidence of CIA torture at its undocumented “black site” prisons that were destroyed in 2005 by a senior official, the CIA is said to retain the photographs.

In some of the photos, which remain classified, CIA captives are blindfolded, bound and show visible bruises. Some photographs also show people believed to be CIA officials or contractors alongside the naked detainees.

It is not publicly known how many people, overwhelmingly but not exclusively men, were caught in the CIA’s web of so-called “extraordinary renditions”, extra-judicial transfers of detainees to foreign countries, many of which practiced even more brutal forms of torture than the US came to adopt. Human rights groups over the years have identified at least 50 people the CIA rendered, going back to Bill Clinton’s presidency.

It is also unclear how many of those rendition targets the CIA photographed naked.

The rationale for the naked photography, described by knowledgeable sources, was to insulate the CIA from legal or political ramifications stemming from their brutal treatment in the hands of its partner intelligence agencies.

Stripping the victims of clothing was considered necessary to document their physical condition while in CIA custody, distinguishing them at that point from what they would subsequently experience in foreign custody – despite the public diplomatic assurances against torture that the US demonstrably collected from countries with a record of torturing detainees.

The Guardian is aware of the identities of some of the detainees photographed naked and is choosing not to disclose them out of concern for their safety and dignity.

Iacopino has not seen the nude photographs but raised grave concerns. “It’s cruel, inhumane and degrading treatment at a minimum and may constitute torture,” he said.

International human rights law, to include the Geneva conventions, forbids photographing prisoners except in extremely limited circumstances related to their detention, to include anything that might compromise their dignity.

“Photographing or videotaping detainees in US custody unrelated to the processing of prisoners or the management of detention facilities can constitute a violation of the laws of war, including the Geneva conventions, in some cases,” said Nathaniel Raymond, a researcher at the Harvard Humanitarian Initiative and an expert on detainee abuse.

“Any evidence that the CIA or any other US government agency intentionally photographed naked detainees should be investigated by law enforcement as a potential violation of domestic and international law.”

The naked photographs from rendition targets are distinct from previously identified caches of torture photos from the US military and the CIA. The renditions remain the most secret aspect of the CIA’s since-discontinued apparatus of detentions, prisoner transfers and abusive interrogations.

In 2015, attorneys for the former black-site detainees now charged with war crimes at Guantánamo Bay learned of the existence of up to 14,000 photographs the CIA took and maintains of their former detainees. That cache is not believed to contain photographs of people the agency rendered to allied intelligence services. All of those photos remain undisclosed to the public.

The 500-page portion of the Senate’s landmark investigation into George W Bush-era CIA torture that the government released in 2014 dealt overwhelmingly with the CIA’s detentions and interrogations, keeping the rendition program a secret. But the report’s 318th footnote reveals that the CIA photographed the people it captured and sent to other countries.

The Senate footnote reads: “There are also few CIA records detailing the rendition process for detainees and their transportation to or between detention sites. CIA records do include detainee comments on their rendition experiences and photographs of detainees in the process of being transported.” However, the Senate footnote does not go on to acknowledge that some of the subjects were naked when they were photographed.

The CIA is known to have employed nudity in other aspects of its custody of terrorism suspects.

The Senate investigation revealed that the CIA “routinely” stripped its own detainees nude, although Justice Department officials did not formally approve the practice until 2005. Often the nudity occurred in tandem with other torture techniques, such as shackling and frigid conditions, leading in at least one case to a detainee’s death. 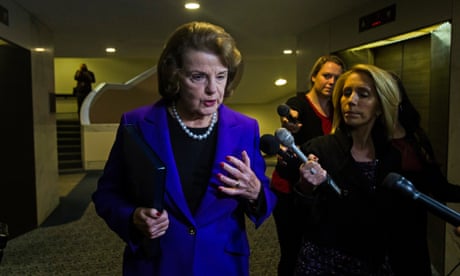 Officials in the George W Bush-era US Justice Department considered humiliation central to keeping detainees nude, although they insisted that doing so did not imply any threat of sexual violence.

“This technique is used to cause psychological discomfort, particularly if a detainee, for cultural or other reasons, is especially modest,” a Justice Department official observed in 2005 during the course of an internal debate about retaining or abandoning the torture techniques. The official, in a memo declassified early in the Obama administration, considered forced nudity distinct from “any acts of implicit or explicit sexual degradation”.

The distinction was less clear in practice. The Senate report documented that CIA officials inserted pureed food into detainees’ anuses, a procedure the agency alleges was a medically necessary practice called “rectal rehydration” but which human rights advocates consider sexual assault. The “rehydration” left detainee Mustafa Hawsawi, who is held at Guantánamo currently facing a US military tribunal in connection with the 9/11 attacks, with a rectal prolapse and related persistent medical problems.