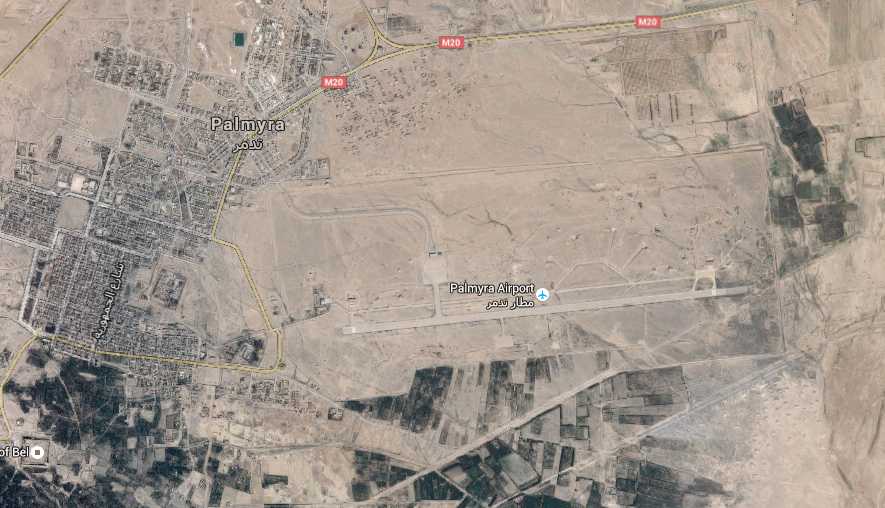 [ Editor’s note: Palmyra will now become a key forward operation base for the continued offensive on Deir-Ezzor and Raqqa. The airport is not needed so much as for flying in heavy tonnage, but for command and control logistics, and as a drone and helicopter base. Medical evacuation and getting high priority items can be done quickly. The offensive gains more momentum.

Any slowdown and foot dragging by the Saudi opposition groups will not play to the Syrian coalition’s advantage, particularly the silly stalling to think they are going to get Assad out at this point before elections.

We will see ISIL continue to lose its last few base areas, with none, or little of the credit going to the US coalition. The US seems resolved at maintaining a footprint with the Syrian Kurds.

When both Deir-Ezzor and Raqqa are taken, the threat of a Saudi move goes way down, as that was only feasible as a reinforcement option. The eastern Syrian border will be easy to control, as there are just a few crossings. We did a Jim and Gordie show to review the battlefield tactics and strategy yesterday

The Syrian Army and Air Force can then shift onto NE Syria to clear Aleppo and Idlib out and bust ISIL out of northern Syria and face off with Turkey.

Parliamentary elections are still on for mid-April, and despite cries of rigging the election, more people will be able to vote than in the last one, due to more territory being retaken. Assad will get a big political boost, while the totally defeated opposition will whine that as losers they are not able to impose a victory at the peace talks via their rich and powerful US-coalition sponsors.

I suspect US military attention will turn to the retaking of Mosul and will view the ISIL defeat in Syria as a big boost toward that effort. Oil smuggling to Turkey from Syria will soon be cut off, and once Mosul is surrounded, we theoretically should see the Kirkuk area oil cut off, unless Peshmerga is put in charge of that flank, where it will then continue to flow to Turkey via the established back door… Jim W. Dean ]

The Syrian army and popular forces purged terrorists from Palmyra (Tadmur) airport Southeast of the ancient city.The army units started defusing the bombs and mines laid by the ISIL in the airport before fleeing their military positions.

The army units are also fortifying their military positions in the Eastern part of Palmyra city, Southern farms and Palmyra hospital.

The Syrian army has also purged terrorists from al-Amiriya village as well as al-Jami’at, Stadium and historical sites of Tadmur.

The Syrian army’s next priorities are al-Hil oilfield and third oil transfer station which are located about 40 kilometers to the Northeast of Palmyra city.

In a relevant development on Sunday, the Syrian army and popular forces advanced into Palmyra airport after tough battle with the ISIL terrorists.

The Syrian army entered Palmyra city from two directions; first from Northern al-Amiriya in the Western part of Palmyra and second from the Southwest.

ISIL’s suicide attackers tried to prevent the Syrian government troops from advancing inside Palmyra, but the army continued to seize back more areas.