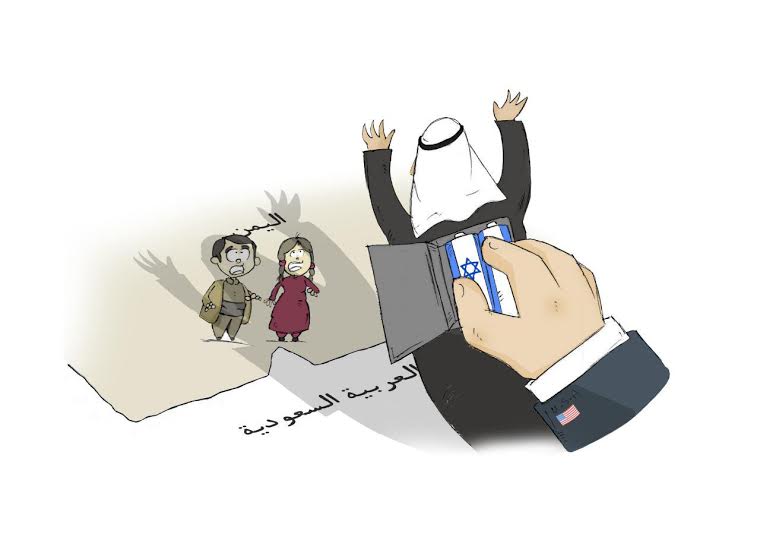 According to Tel Aviv Times website, Israeli Haaretz news analysis report: The more tensions between Iran and Sunni Arabs attracting greater attention, the security threats Israel will face. Israel has now the opportunity to live since there is no possibility to the Golan heights to Syria at the present time.

The report also adds: now Sunni states are more interested in confrontation with Iran than to criticize Israel, now the Sunni-Shiite conflict has replaced the Arab-Israeli or Jewish-Muslim conflict, and Palestinian authority and Palestinian terrorist groups are behind Saudi and not Iran,t hey are even involved in the war against Iran and Hezbollah.

“This is a golden opportunity that Israel should snatch to achieve a multilateral peace. The prevailing Middle East crises have helped improve the position of Israel in the region. If Israel were to challenge the serious threats it has, i.e. guaranteeing survival and reducing the influence of Iran and Hezbollah, they must use the capacity of its interested Sunni Arab partners some of which are aspiring to establish good relations with Israel since long to work towards achieving a comprehensive peace with Israel.”

The Prince of Arabia Turki bin Faisal Al Saud, a former head of Saudi intelligence in 2014 said the Arab peace initiative with Israel must be offered and agreed at the next meeting. The same year he published an article in Haaretz to express his vision of peace.