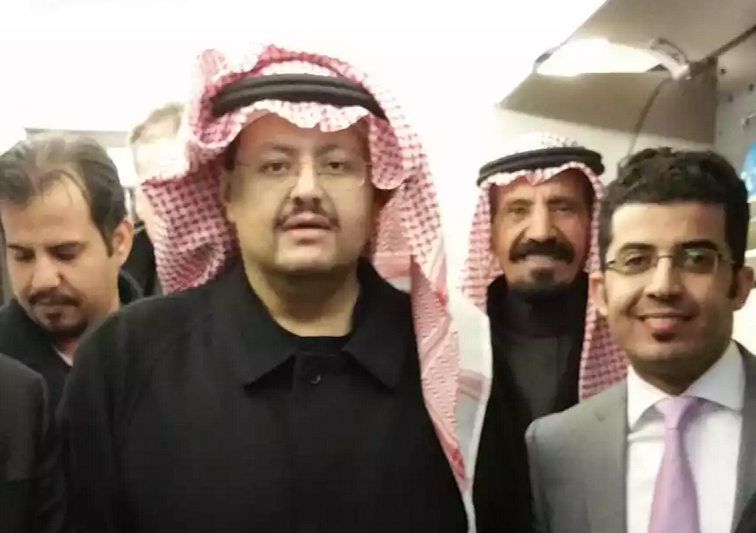 Staff working for a Saudi prince involved in high-profile legal proceedings against the Saudi government claim he has been taken to Saudi Arabia from Europe against his will.

Prince Sultan bin Turki, who has elaborate 24-hour protection, brought legal action in Switzerland against the Saudi government over a kidnapping in 2003, which he says left him with serious, ongoing medical problems.

On 1 February he and his entourage boarded a Saudi plane in Paris ostensibly bound for Cairo, where he had made plans to visit friends and his father, the Saudi king’s elder brother, who lives there. His aide made reservations at the Kempinski Hotel in Cairo’s Garden City district. But he never arrived.

“There was a Saudi plane with a flight plan to Cairo but the plane did not fly to Cairo,” said an associate of the prince who was with him in Paris. “This airplane had a Saudi flag on the tail. This plane came from the Kingdom.”

A friend of Prince Sultan alleged that a senior royal had called Prince Sultan on two or three occasions before he boarded the plane to reassure him.

“He called him two or three times, talking with full courtesy, he even sent him some money,” the friend said. “When Sultan decided to come from Paris to Cairo, [the senior royal] said ‘Don’t worry, we will arrange that for you’ and apparently he felt comfortable. But it was a big mistake and he paid the price.”

Another friend who was waiting in Cairo for Prince Sultan said: “Last call we had he was laughing and said as a joke ‘I am supposed to come to Cairo this week by royal aircraft. If you didn’t find me they have taken me to Riyadh. Try to do something’.”

Prince Sultan is the third Saudi prince seemingly to go missing in suspicious circumstances in the last year.

Prince Turki bin Bandar was a Saudi police officer before he lost an acrimonious inheritance dispute, leading to his defection and flight to France.

In Paris, he applied for political asylum and in 2009 began calling for political reform. In March 2011 he appeared in Iranian media and began publishing a series of about a dozen critical YouTube videos in which he promised to write a tell-all book.

Like the others, he called only for nonviolent political reform.

The last video he published was in July 2015, after which he went on a business trip to Morocco and disappeared. His current whereabouts are unknown.

“Someone gave Turki bin Bandar the impression Morocco was safe so he went there to do some business and the Moroccan government took him and gave him to the Saudis,” said a member of a Saudi opposition group who was in touch with the prince shortly before he disappeared.

Prince Saud bin Saif al-Nasr bin Saud bin Abdulaziz al-Saud began his campaign of dissent at the start of 2014. In March that year he opened his Twitter account and quickly established himself as a prolific critic, calling for the prosecution of Saudi officials backing the coup in Egypt and alleging that billions of dollars worth of Saudi aid to Egypt had been embezzled during the final years of the reign of former Saudi leader King Abdullah.

But a few days later, on 9 September, his Twitter account fell abruptly silent and he also disappeared, prompting speculation on social media that he had been kidnapped.

According to Saudi sources Prince Saud is now back inside Saudi Arabia.

“Saud bin Saif was approached by a Russian-Italian business consortium. They sent a private jet to take him to a meeting he thought was in Italy,” commented a Saudi friend of the disappeared princes. “He ended up inside the country.”

Saudi Arabia has long had problems managing disaffected royal family members. In 1975 King Faisal was assassinated by a disaffected prince, but until now there have been no claims that the kingdom might have a concerted campaign targeting defectors and dissidents.

Attempts to contact the three princes directly and members of their entourage received no response.

The Saudi government and Moroccan authorities did not reply to requests to comment.