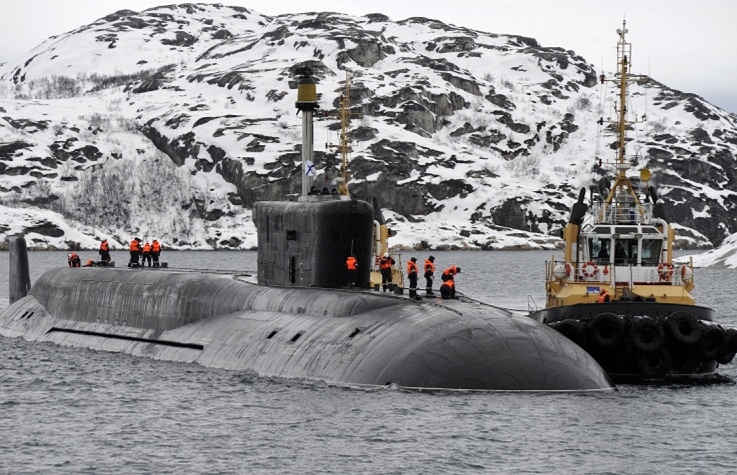 QUITOL /India/, March 29. /TASS/. There are prospects for the transfer to India on lease of the second Russian nuclear-powered submarine, deputy head of the Russian Federal Service for Military-Technical Cooperation (FSMTC) Vladimir Drozhzhov told journalists on Tuesday.

“I’d rather not discuss this issue now, it’s premature, but the prospects exist,” he said at the Defexpo India 2016 exhibition, answering a corresponding question.

Drozhzhov added that Russia is ready to cooperate with India also in matters related to the building of frigates of Project 11356, as well as the construction of submarines at Indian enterprises.

India had leased Russia’s nuclear-powered submarine of Project 971 in 2012. In addition, the Indian Navy has six Talwar class frigates built in Russia.

Earlier this March, President of the Russian United Shipbuilding Corporation Igor Ponomaryov said that Russia was in negotiations on the sale to India of three frigates that had been designed for the Russian Black Sea Fleet. Russia’s Rosoboronexport arms exporter said later that negotiations started on organizing the manufacturing of ships of this class in India.

In case of the technology transfer, the ships may be co-produced either in both countries or in India alone. India had acquired from Russia six Talwar-class frigates – three built by Baltiisky Zavod in St. Petersburg and three more by Yantar in Kaliningrad from 2003 to 2013.

A TASS source close to military-technical cooperation said previously that the Russian Defense Ministry had decided to reallocate the money earmarked for the second troika of Project 11356 frigates to pay for other ships it badly needs. The discussions between the military and the Federal Service for Military-Technical Cooperation led to the opinion that the frigates can be offered for export.

All of the components of the first three Project 11356 frigates, including the Ukrainian-made propulsion plants, have been received. At the same time, the other three frigates lack propulsion plants, the production of which is to be launched by defense contractor Saturn in the city of Rybinsk under the import substitution program. Saturn can manufacture the power plants in 2019-2020 at the earliest, but the schedule does not suit the Russian Navy.

The Defexpo India 2016 international exhibition is held in Quitol in the state of Goa in India on March 28-31. During the exhibition, the Russian arms exporter Rosoboronexport is planning to hold talks with Indian partners to discuss joint projects for the Indian Armed Forces’ further upgrade.