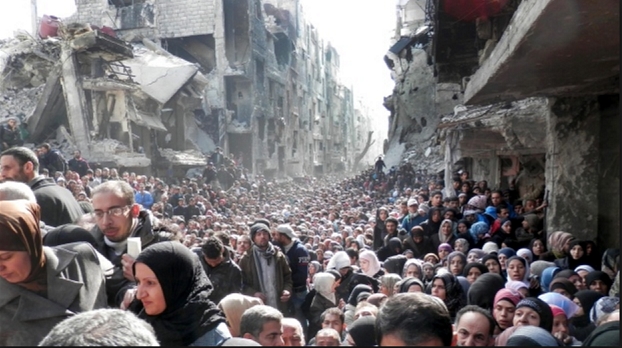 ERBIL, Kurdistan Region – Turkey’s Kurdish lawmakers say the government’s decision to gradually grant citizenship to over 3 million Syrian refugees in the country’s Kurdish cities can disturb the population makeup of the area and incite ethnic tensions.

“We support efforts to embrace and help the refugees but the government’s plan is not assistance, it is part of a wider political game to strengthen its roots here,” said Mahmoud Togrul, a member of parliament from the pro-Kurdish Peoples’ Democratic Party (HDP) in the city of Entab.

Togrul believes Ankara is exploiting the refugee crisis, and by giving voting rights to the Syrian migrants it plans to secure votes ahead of the 2019 elections.

“Most of the Syrians will choose to stay in Turkey and that will be decisive in the coming elections,” he said.

According to the Turkish law, applicants will be granted citizenship after five years of residence in the country. This makes the bulk of the Syrian refugees eligible candidates for Turkish citizenship in the coming years, and able to vote in the next elections.

Official data also show that nearly 152,000 children have been born in Turkey whose parents came as refugees from Syria. Ankara has said by getting citizenship, the refugees will have brighter prospects in the labor market and reduce the overall migration to Europe.

As part of an agreement with the European Union, called the Facility for Refugees in Turkey, Ankara will be receiving 6 billion euros over the next three years and resume the EU membership talks that stalled in late 2000.

“There will be over 1 million new voters in the 2019 elections if the government goes through with the proposal, which will in turn change the outcome of the elections,” said lawmaker Erdogan Toprak from the opposition Republican Peoples’ Party (CHP), quoted by Turkish daily Hurriyet.

Toprak said the government plans to create settlements for the refugees with the financial help it will receive from the EU, influencing the demographic development in the southeast where Kurds are in the majority.

The majority of the Syrian refugees in Turkey are of Arab origin, along with large numbers of Kurdish and Turkmen asylum seekers.

“What is strategically important for the government is the bordering areas connecting Kurdish lands in Syria, Iraq and Turkey, which Ankara wants to influence by placing the refugees’ families there,” said Kurdish author Fehim Ashiq. “They will become a kind of human buffer zone,” he said.