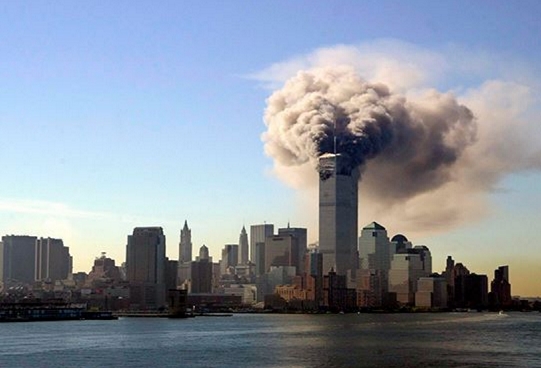 The Americans have been looking for those guilty of the 9/11 attacks in New York and Washington for many years, but they have not found anyone yet. To be more precise, the US can not find scapegoats. Washington is ready even for absurd judgments at this point. Pravda.Ru editor-in-chief Inna Novikova and political scientist, dean of the Graduate School of Television at the Moscow State University, Vitaly Tretyakov, discussed this issue.

“Federal District Judge of New York, George Daniels, ordered Iran to pay compensations to the families of victims of the terrorist attacks claiming that Iran had failed to prove that it was not involved in the organization of the attacks on the Twin Towers. Why Iran? Why not Malaysia or Papua New Guinea, for example?”

“After September 11 attacks, the USA did not bring any charges against Iran. The US authorities accused Iraq and Afghanistan of the terrorist attacks. The attacks were used as a reason for the invasion.

“Let’s imagine how it could be possible in Russia. There is a legal system in Russia, and there is legal practice  – books and actions of specific people – investigators, lawyers, judges, etc. So a Moscow district judge makes a decision in connection with a terrorist attack that, unfortunately, had happened in Moscow more than once. The judge rules that it is a foreign country that should pay compensations to those people, who lost their loved ones in the attack. Not Russia, where the crime was committed, not the people who organized and conducted the attack, but a foreign country, because someone believes that this country was sponsoring those terrorists.

“This is absurd. Such a situation can not happen in Russia. Judges understand that there is such a thing as jurisdiction. You can not judge other countries sitting in a district court and you can not make them pay fines because of the limits of your jurisdiction.

“The leader of Al Qaeda was killed and everyone said “wow.” Afghanistan was occupied.  Most of those, who took part in the 9/11 attacks were Saudi nationals, but Saudi Arabia is a political and military ally of the United States. Consequently, suing Saudi Arabia seems inconvenient.

“Iran comes in handy at this point. Sanctions against Iran have been lifted, assets have been freed. Why not write a fine to Iran then? Next time, the Americans may write a ticket to aliens, because they also live somewhere in the Universe.

“One can post jokes on social networks and write satirical articles on the subject, but there are people who do it all seriously. Who is a madman here? Is it me, who casts doubts on the ruling of a US district judge, or is it the judge who made such a decision?”

“How do you think will Iran react to this?”

“I’m not an expert on the Iranian mentality, but this country belongs to one of the most ancient civilizations. The Iranians are wise and have their sense of dignity. I think that the Iranians will not even pay attention to this ruling. They will not play up to this idiotic American legal game.

Yet, the United States is a superpower, and the Americans may make other countries execute their legal solutions. They can, for example, kidnap foreigners, including Russian citizens and take them to the US, where they put them on trial. They can also do the things that no one else in the world does: they seize a bunch of people in Afghanistan and take them to prison at Guantanamo Bay without charge or trial. Moreover, this prison is not located on the territory of the United States. On the one hand, this is a brilliant legal move that deserves a monument in its honor. On the other hand, this move is based on nothing but cynicism.”

“It is also cynical that Obama has been promising to close the prison for eight years, but things are right where they started.”

“This is, by the way, a sign of the power of the American system. The country is ruled by very powerful bureaucrats. It does not really matter who takes the White House – Obama or someone else. If the ruling elite of the United States decides not to close the prison, Obama can make a hundred promises, but nothing will change.”

“Only idiots and fanatics believe in Obama’s version about Syria”