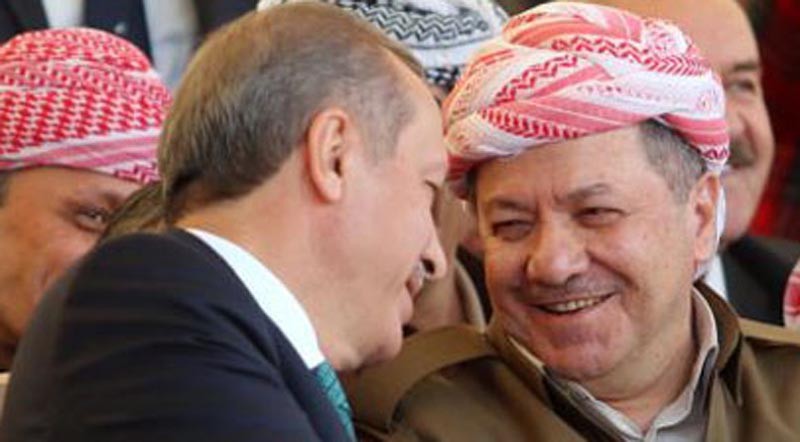 Kirkuk police chief Brig. Gen. Sarhad Qadir denied reports that the city was a market for ISIS oil and a gateway to world markets.(

“All routes between ISIS and Peshmerga lines, starting in Hawija, Riadh and Rashad, have been blocked,” said Qadir, referring to key towns that are under ISIS control and which connect to Kirkuk city, where security is in Kurdish hands.

“Even a bicycle can’t make it through,” he said.

A report by the International Business Times (IBT) on Tuesday criticized a Western anti-ISIS campaign and US authorities for not cutting off ISIS oil revenues, claiming that the “illicit business” begins in Kirkuk.

“The story of how the Islamic State group profits from crude that makes its way to refineries and storage facilities around the world begins in the central Iraq town of Kirkuk,” the IBT report said.

Meanwhile, Qadir revealed that Kurdish forces have so far arrested three smuggling networks, each comprised of about 10 oil pirates involved in buying oil from ISIS.

In 2014, Kurdish Interior Minister Karim Sinjari announced that 11 people were arrested for smuggling oil produced in territories controlled by ISIS. Analysts estimated at the time that ISIS was earning as much as $3 million a day in oil sales from fields in Iraq and Syria, although a German intelligence agency had reported that this figure was probably closer to $274,000 a day.

Since ISIS toppled Mosul and gained control of a third of Iraq in June 2014, various reports emerged of Kurdish oil traders smuggling oil from ISIS areas in Iraq and Syria into Turkey, Iran, or the Kurdistan Region itself for sale.

Kurdish Prime Minister Nechirvan Barzani had warned that “smuggling oil to ISIS is considered high treason,” and that his government had “pursued every legal recourse to prevent that.”

The main smuggling route, the IBT claimed, is a Kurdish oil pipeline that runs from Kirkuk to the Turkish port of Ceyhan, from where the oil is shipped around the globe.

It said that revenues from the contraband help fund attacks such as the recent one in Brussels.

ISIS “makes money to fuel attacks like the ones in Brussels last week by selling a steady stream of oil that flows from ISIS-controlled territories in Iraq to the U.S., parts of Europe and Israel,” the report added.

The report quoted analyst Andrew Tabler  as saying that Iraq’s economy depends on both smuggled oil and goods.

“ISIS was able to take advantage of these kind of smuggling networks that are impervious to politics,” he told the IBT.