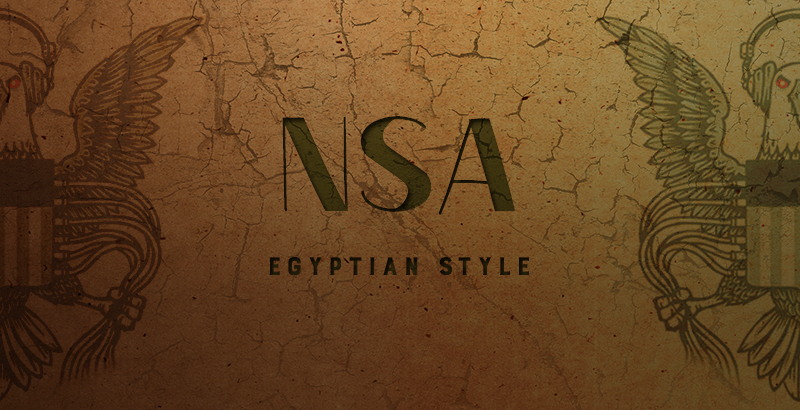 Egypt is struggling to strengthen its special and security services in order to counter destructive actions of the foreign backed militant groups, especially in Sinai Peninsula, and the underground resistance of the Muslim Brotherhood. The inability to defeat the militancy and terrorist attacks in other regions show that the Egyptian special services aren’t able to counter the threat yet. This is why Cairo is making steps to increase their efficiency.

The Technical Research Department (TRD) of the General Intelligence Directorate (GID) which plays an important role in the Egypt’s homeland security. TRD is responsible for monitoring of telephone conversations, monitoring of Internet, video surveillance in the cities and on the borders. Furthermore, TRD reportedly monitors communications of almost all high-raking Egyptian civil and military officials. Experts believe that Muhammad Anwar El Sadat, the third President of Egypt, established it to monitor and control the country’s opposition. The monitoring of the foreign-backed NGOs and media remain of the the TRD’s main tasks. In other words, it’s an Eghptian analogue of the American National Security Agency.

The TRD is described as being located in the GID offices and yet appears to be independent, with its own budget and operations. Indeed, the TRD is supervised directly by Egyptian President, Abdel Fattah el-Sisi. The TRD’s head is, ‘Dr Layla’, a person whom remains unknown even for TRD employers.

German-Finnish company, Nokia Siemens Networks (NSN) and Italian surveillance technology company Hacking Team are the main technology suppliers of the TRD. What is known from the leaked documents is the TRD had been purchasing an interception management system, a monitoring center and an X25 network, a legacy technology allowing dial-up internet access from NSN. The first two technologies gave the TRD mass surveillance capabilities. Totally, NSN supplied to the TRD 25 different technologies. Another company linked with the TRD is Siemens-affilated company, German Telecommunications Industries (EGTI). Its specialization is mobile network monitoring equipment. Hacking Team supplied the TRD equipment and program solutions called Remote Control System (RCS). This system costs some 1 000 000 EUR and allows the TRD to get access to servers and networks of journalists and political parties in Egypt and other countries.

Now, the TRD is developing contracts with A6 Consultancy and Solve IT through GNSE Group affiliated with Egyptian company Mansour Group. The goal is to strengthen the information secuirty of the government’s telecommunications. Separatly, the TRD is negotiating a 2 400 000 EUR contract with Hacking Team in order to purchase different hacking and cybersecurity systems. As result of this contract, the TRD should reportedly get access to the electronic communication through Apple devices.

Considering all available information, it becomes clear that Egypt is making a significant efforts to develop its intelligence infrastructure which should allow the government to prevent terror attacks and defeat militancy in the region. If these problems are solved, the Egyptian authorities will likely use this infrastructure against internal and foreign opponents. This is becomes especially obvious amid Egypt’s clear will to expand the influence in the Middle East.