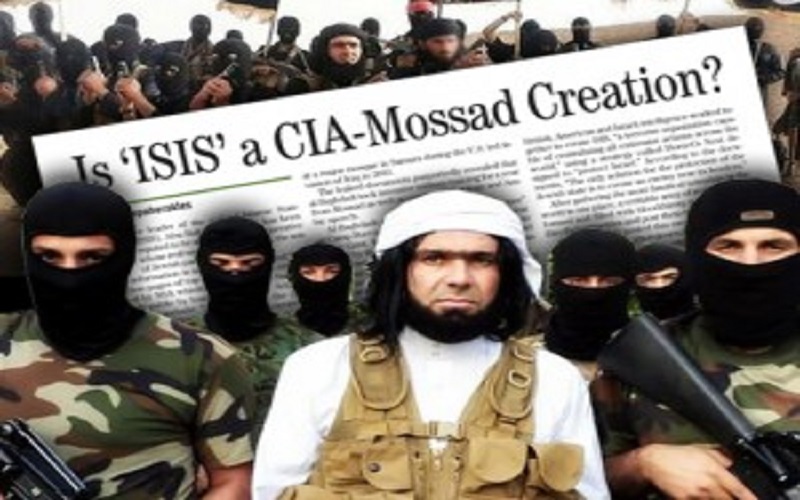 As NATO officials sought to use ISIS militias and terror attacks to oust Syrian President Bashar al-Assad, and to discredit Assad’s accusations that they were supporting terrorists in Syria, they ignored mounting signs that ISIS was developing a broad terror network in Europe. This reckless policy led to substantial infighting inside the intelligence services, which was however hidden from the public.

“War fever swept the New York Times, which published extensive, favorable portrayals of terror attacks in Syria by leading journalists. C.J. Chivers’ August 2012 video report “The Lions of Tawhid” detailed his stay with an Islamist militia, the Lions of Tawhid, that carried out truck bombings and killings near the Syrian city of Aleppo.

After criticisms emerged that the video showed the Lions of Tawhid carrying out a war crime by trying to use a prisoner as an unwitting suicide bomber, Chivers dismissed his critics as supporters of Assad on his blog, The Gun: “Where you stand on this probably depends on who you are. You might support this if you support the rebels and their cause. You won’t much like it if you are a member of a Syrian Mi-8 helicopter crew, or depend upon those aircraft and those crews for medevac and ammunition resupply.” ”

Lantier is still skirting the subject and ignoring the elephant in the room. Or is that the masked “terrorist” in the room with an exotic name and seeming religious fervour coupled with a dubious past often connected with intelligence agencies? The ones who when needed for front page copy are suddenly “captured” and killed with much hurrahing and back slapping all round. Kinda like the capture of Osama Bin Laden in 2011 when in fact he died from kidney failure in 2001 in a CIA medical facility. Sort of a ten-year anniversary in his memory?

Is Mossad one of the intelligence agencies involved in the infighting that is now going on in Europe? And are the Israeli Secret Intelligence Services another? Some time ago Ron Paul made the statement that Hamas was started by Mossad for the express purpose of breaking up the Palestinian Authority.

Is Mossad still the hidden hand behind Hamas and the continuous incursions into the Sinai with the express purpose of taking over the Sinai from Egypt, the ultimate aim being to hand it over to Israel?

And does Hamas guided by a hidden hand continuously create situations in order to give some justification for Israel’s long and on going bombardment and destruction of Gaza?

And more to the point, is ISIS a similar operation? Are the masked head choppers and European bombers Israeli operatives?

Only this week British Labour party member Bob Campbell was called anti-Semitic because of comments he posted on his Facebook page:

Syria has long been a thorn in the side of Israel. According to resolution 242, in exchange for peace agreements, the Golan Heights are to be handed back to Syria. Israel, contrary to these agreements as they have been doing on the West bank, has been establishing illegal settlements in the area. Google now refers to the Golan Heights as Israel, which is contrary to international law. What is more large quantities of oil have been discovered on the Golan Heights, and during the war that has devastated Syria, Israel has been supporting ISIS insurgence from this area and their incursions into Syria. All part of a larger plan to create Greater Israel from the Nile to the Euphrates river.

If ISIS is in fact the Israeli Secret Intelligence Service, aka ISIS, which like Hamas is guided by the hidden hand of Mossad, then such assistance would be understandable.

When ISIS suddenly appeared in 2014 with their shiny new Toyota trucks and burnt a road through hell across Syria and Iraq, how many of the masked men in those trucks were actually Israeli Secret Intelligence Services passing themselves off as Islamic extremists?

How many of the Sunni Wahhabi extremists from Saudi Arabia, Qatar and other countries are directed by ISIS/Mossad? Is this all really a proxy war by Israel against Syria to destroy the country and break it up and defy international law and annex the Golan Heights?

The rather entertaining Jihad John blue screen versions shot in a studio with a nice background and a plastic knife with not a drop of blood in sight that kept little western minds sitting eating popcorn on their couches until he was “caught,” was yet another “crisis actor.”

Kevin Barrett has investigated the Charlie Hebdo soap opera in-depth, which was also engineered. My memory of that event includes two pieces of evidence that are glaringly obvious. The AK47 shooting of a policeman lying on the pavement, apparently shot in the head. Any dupe with any knowledge of an AK47 would KNOW that if he was shot in the head it would have exploded like a water melon. But we saw none of that because he was not shot in the head. The unedited version shown world-wide thanks to Liveleak has the policeman unharmed and a bullet ricocheting off the pavement.

Second, one of the suspects just happened to be sitting in a room full of fellow students at the time of the shooting and had nothing to do with it. In the interests of his own safety, before he was shot dead and could not give any testimony to the contrary, which would have blown the whole sham Charlie Hebdo story line out of the window if captured alive, he was escorted by the many witnesses and handed over at a police station for his own safety. This story has vanished out of the media, and not surprisingly, as it is a key element in most false flag attacks. The patsy who is shot dead before he can testify.

Which brings us back to Brussels and the infighting in the intelligence agencies.

In 2014 after yet another bombardment of Gaza and gross human rights abuses which included the bombing of a UN building where children were sleeping and which had been clearly identified and made known to the Israelis, a worldwide movement arose condemning Israel with demonstrations in every major city. Especially in Europe.

In September 2015, the UN recognized Palestine as a state and their flag was raised along with everyone else’s. Since then Europe has been flooded with refugees, often paid to cross the Med, and supported by none other than George Soros.

Included in the ranks of these refugees are ISIS insurgence. Or are they really Israeli Secret Intelligence Services directed by Mossad? Which intelligence agency is which, and who disagrees with whom? And what kind of Gladio operation can we expect next and in which country that objects to Israel’s ongoing illegal occupation of the West Bank, the continuous barbaric treatment of Gaza and the reticence on the part of Israel to hand back the Golan Heights to Syria, in fact if anything, their complicit involvement in the destruction of that country, which is to their own benefit?

I return yet again to the first article I had published on Veterans Today, and would like to remind Israel to re-read Isaiah 17 in its original Dead Sea Scrolls version, as well as pay attention to Jeremiah 34. Judea persecuted Israel then, and they are persecuting Israel now. And Jesus was a Palestinian.