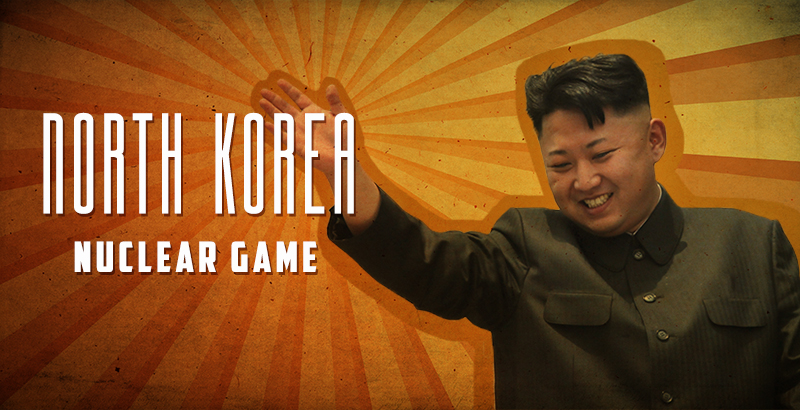 On Mar.26, North Korea released a propaganda video that depicts a nuclear strike on the USA. The propaganda move comes amid the latest series of North Korean missile tests and South Korea’s reports that Pyongyang is ready to carry out its fifth nuclear weapons test detonation. The recent developments show that North Korea has boosted its efforts to develop a deployable nuclear weapon and a long-range missile delivery system.

The political impact holds a prominent place in North Korea’s goals pursued by the nuclear program. The North sees nuclear weapons as the only tool which will allow it to defend itself from the military defeat in a conventional conflict against the South and its allies. This is why Pyongyang is drawing attention to the progress of its nuclear program by different means. In addition to the underground nuclear tests and attempts of satellite launch atop a Taepodong/Unha rocket, which can also be used as an intercontinental ballistic missile (ICBM), the North has released photos of an alleged miniaturized nuclear warhead and a ground test of a rocket nose cone.

However, If North Korea wants to prove its claims of possessing a long-range nuclear deterrent, it will need two more things: conduct active re-entry tests to verify the viability of a nose cone and conduct a test of a guidance system for re-entry. It could be difficult because of the country’s poor developed military industrial complex. This is why Pyongyang doesn’t attempt to match current U.S., Russian or Chinese technologies. In this case, it will be enough to demonstrate technologies from the 1950s and 1960s.

After the recent developments, North Korea may believe it has a viable launch system, at least to provide the range of an ICBM. This is why it will shift its attention to developing a resilient nose cone and accurate guidance system. The both things require live tests, even if nuclear devices do not necessarily need an extremely fine guidance system. The success of those tests marks the difference between having a nuclear device and having a long-range nuclear weapon.

Indeed, Pyongyang will likely not achieve its stated goal of creating a demonstrable nuclear device capable of reaching the United States. But who does say this is a real goal? A deployable short- or intermediate-ranged nuclear-armed missile will be more then enough to reverse the balance of power in the Korean peninsula and make any attempts to solve the North Korean problem with force hardly possible.