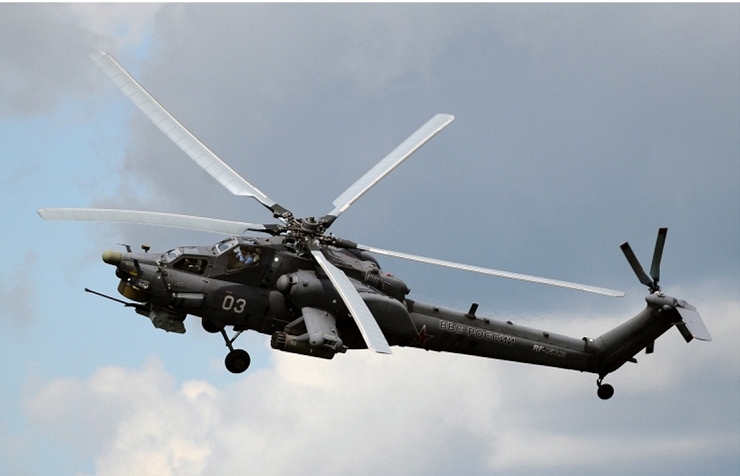 There has been no other evidence so far helicopters were employed to deal strikes against terrorists in Syria. Experts believe that Mi-28N were used only for maintaining security of the Hmeimim airdrome, which hosts the Russian aerospace group. The Defense Ministry has made no official statements Mi-28N helicopters had been moved to Syria.

The Syrian army last Sunday declared it had gained control of Palmyra. Russian aircraft and special operations forces supported the operation. The Islamic State (terrorist organization outlawed in Russia) had seized it in May 2015. MOSCOW, March 31. /TASS/. Russian warplanes flew about 500 sorties during the operation to liberate Palmyra and dealt more than 2,000 strikes, the head of the main operational department of the Russia’s General Staff, Lieutenant-General Sergey Rudskoy, told a news briefing.

“On March 7-27 Russia’s Aerospace Forces flew about 500 sorties to deal more than 2,000 air strikes against IS terrorists. The attacks in the first place wiped out the main strongholds and artillery positions on all commanding heights,” he said. Most of the militants’ command posts were wiped out in the first two days of the operation.

After being driven out of Palmyra scattered groups of terrorists were destroyed by Russian planes while trying to retreat to Raqqah and Deir ez-Zor, Rudskoy added. “During the entire operation, the aircraft of Russia’s Aerospace Force delivered strikes solely against exposed terrorist facilities and using accurate target coordinate data received from the ground,” the general said.

“The terrorists’ most important facilities were destroyed with precision munitions guided to targets in real time from the ground,” he said.

The militants of the Islamic State (outlawed in Russia) seized Palmyra in May 2015.

Russia started its operation in Syria on September 30, 2015 at the request of Syrian President Bashar Assad to fight militants of the Islamic State and other terrorist groupings in the Arab country. 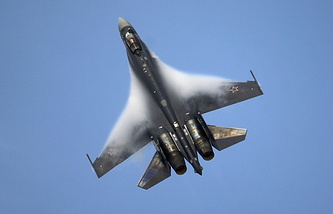 The operation involved the Russian Aerospace Force and Navy. It was also reported that Russian special forces were involved in the Syria operation. Russia deployed some most advanced military hardware at the Khmeimim airbase in Syria, including Su-34 bombers and Su-35 fighter jets.

Russia withdrew the basic contingent of its forces from Syria from March 15 but its air task force continues delivering strikes against terrorists.