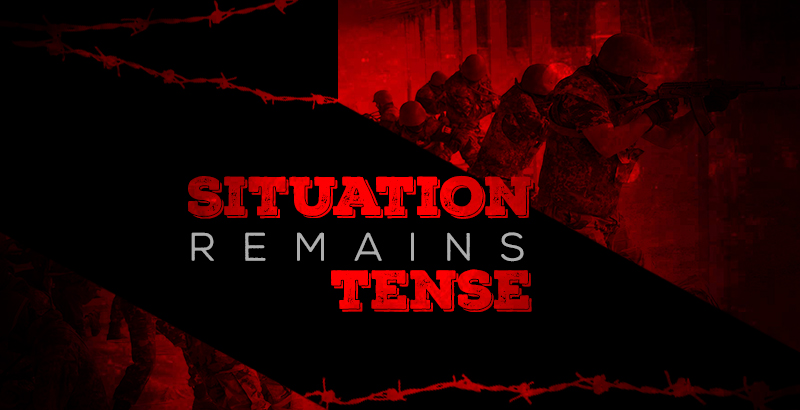 The situation at the Donbass contact line remains tense. The sides use infantry fighting vehicles, grenade launchers of different types and small arms. Sporadic artillery and battle tank shellings sometimes turn into almost “full-scale military actions” as the recently observed clashes near Gorlovka when the Ukrainian military attempted to cut the Donetsk-Gorlovka road.

According to local militia reports, the most intense shellings from the Kiev’s side were at Zaytsevo, Yasinovataya, Dokuchaevsk, Spartak, Vesyoloye, Zhabunky, Sakhanka, Kominternovo, the area of the airport and the Petrovsky district of Donetsk city. At least, 1 DPR militia fighter was killed and 1 wounded.

The Kiev forces confirm that the situation is tense in the area of Zaytsevo, Avdeevka, Donetsk and Novooleksandrovka.

On Mar.29, the column of Ukrainian military equipment consisting of 8 trucks ‘Kraz’, 2 battle tanks and 2 armored personnel carriers was observed in the area of the Nizhnetyoploye settlement. It was moving in the direction of Malinovoye.