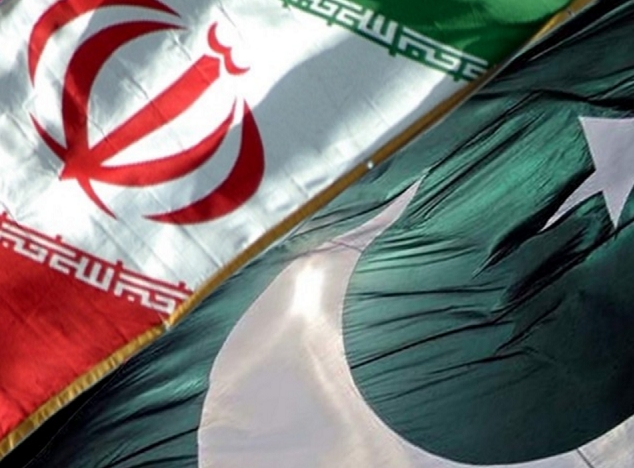 By Asif Haroon Raja, VT Bureau Chief in Islamabad and retired Brigadier General, Army of Pakistan
Iran is a brotherly Muslim country with which Pakistan has enjoyed, geographical, cultural, religious and historical ties. Both had best of ties during the rule of Reza Shah Pehlavi. Iran supported us during the 1965 and 1971 wars with India and provided helicopters in 1974 to defeat Baloch insurgency. Pakistan also has extended all sorts of help. The biggest was when it let Iran to retain its fleet of tanks sent there for upgradation after Iran was declared a pariah by the US, UN and west after 1979 Islamic revolution led by Imam Khomeini.

Throughout the period when Iran remained under the black star, Pakistan has remained on friendly terms and never carried out anti-Iran propaganda or any hostile act. 1979 revolution was welcomed and eulogised in Pakistan. Many in Pakistan still say that Pakistan need a leader like Khomeini to sort out the mess. Pakistan never drummed up Iran’s proxy war in support of Shias, although it is a fact that from 1980 onward, both Iran and Saudi Arabia have been involved in fomenting sectarianism in Pakistan and this problem had peaked in mid nineties.

Pakistan also didn’t complain when Iran began to veer towards India in early nineties when Taliban gained power in Afghanistan; and Northern Alliance soldiers were trained and equipped by Indian military trainers in Iran. Pakistan also didn’t object when India in its bid to encircle Pakistan started building North-South Corridor, linking Mumbai port with Bandar Abbas port and developing Chabahar port and linking it with Afghanistan and Central Asia by rail and road. This is being done to undermine Gawadar Port, which is an eyesore for Iran as well.

Whenever Iran had any complaint against Pakistan, Pak govt, public and media took serious note of it and tried to allay it to the best of their abilities. Jundulah group was used by CIA from Balochistan (Shamsi airbase) against Iran. ISI handed over Jundullah chief Abdul Malik Regi to Iran, who was then executed. Dr AQ Khan helped Iran in its covert nuclear program and Pakistan to this day has been suffering for it since Iran handed over the proofs of Pakistan’s complicity to IAEA in 2004. Pakistan has been denied civil nuclear technology by USA owing to this lapse, which was not at the state level. Pakistan didn’t jump into the Yemen war in which Iran is supporting the Houthis, merely not to antagonise Iran, but earned the resentment of GCC states. Pakistan has helped in defusing tensions between Iran and Saudi Arabia. The latter is wary of expanding Shia arc around it and Iran’s ambition to dominate Middle East.

Pakistan has been subjected to a massive covert war together with propaganda since 2003 and is still not come out of it despite losing 60,000 people and sustaining economic loss of $107 billion besides immense social trauma. Afghan soil has been in use by RAW and other agencies to destabilise and denuclearise Pakistan.
It has now come as a rude shock to learn that RAW has also been using Iranian soil to support Baloch separatist movement and to make Karachi lawless. Arrest of RAW officer Kal Bhushan Yadav and his detailed confession has left no doubt in this regard that he has been operating a network from Chahbahar since 2003. Indian consulates in Zaidan, Mashad and Embassy in Tehran are also involved in covert operations against Pakistan. Mekran coast has been used for supplying arms and funds to terrorists. Several naval facilities and seaports along the coast were marked as targets. Sectarianism was instigated in Balochistan under the guidance of Yadav as disclosed by him.

This development is alarming and has added to the woes of Pakistan. it was rightful on part of Pakistan to raise this issue before the President of Iran Rouhani, since arrest of Yadav coincided with his visit to Isbd. It is not altogether correct on part of Iran’s Ambassador in Isbd to complain that a segment in Pakistan is willfully trying to spoil Pak-Iran relations by undermining Rouhani’s visit under the garb of Yadav’s issue. It is India, which is adept in creating misgivings among friends of Pakistan. It has been quite successful in Afghanistan, and is now working hard to mar the relations of Gulf states and Iran with Pakistan.
We must not forget that Iran has been lodging strong protests against Pakistan alleging that its border of Siestan province was violated by terrorists and that if Pakistan didn’t take any action, it will be forced to send its troops across to chase and kill them. Moreover, it is surprising that Iranian media has never uttered a word in favor of Pakistan, but has given bad press to it off and on.

Notwithstanding Chabahar/Gawadar clash of economic interests, Iran must be made to realise that the two ports instead of becoming rivals should complement each other geo-economically with the help of CPEC. It must also be told that India is a Hindu country where Hindutva fever is on the rise, and it is not the neighbor of Iran and cannot guard the vital flank of Persian Gulf as Pakistan does by virtue of its location. Iran’s strategic relationship with India must not be at the cost of Pakistan. Iran must help in dismantling RAW infrastructure on its soil and hand over Rakesh as demanded by Pakistan.

In conclusion, I will say that it is geo-strategic necessity and compulsion for Pakistan, Iran, Afghanistan to remain friendly since the security of the trio is interlinked. It is however unfortunate that the leadership of three countries consider India a friend and harmless and want to promote ties ignoring its track record. While closeness of Iran and Afghanistan with India is understandable, what is not comprehensible is infatuation of Pakistan’s leaders with India which halved Pakistan in 1971 and then inflicted thousands of cuts on the body of Pakistan. It is high time for Pakistan policy makers to expose the ugly face of India which is bent upon fragmenting Pakistan.At the same time, relations with Iran to be deepened and construction/operation of Iran-Pakistan gas pipeline project expedited. It must be taken into account that the real power rests in the hands of Walayat Faqih and associated clergy and not Rouhani.

The writer is a retired Brig, defence analyst/columnist/author of five books. [email protected]