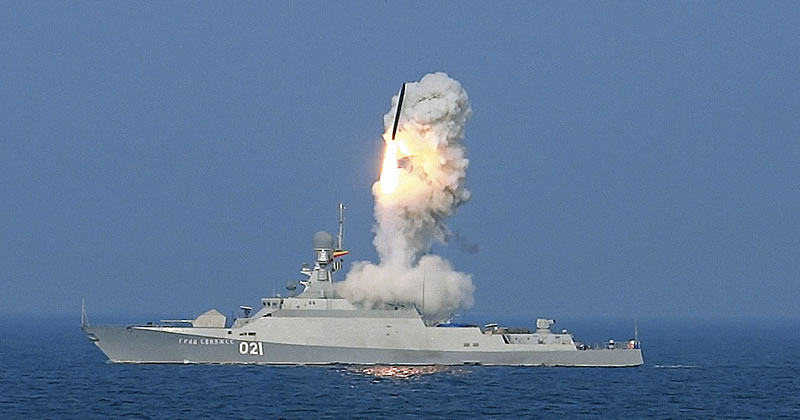 [ Editor’s Note: We will be coming back to this topic for a long time — how hypersonic missiles and electronic warfare are going to be determining factors in the next major conflict.

Even with the high speed these new missiles have to find their targets, and for a technically advanced opponent, you cannot count on satellite-based guidance, as the sats may no longer be there when you need them, or the signal could be blocked.

There will be one hell of an Intel war going on to get the technical specs on them to begin working on ways to copy and defeat them, someone who thinks they have an omnipotent Navy or 100% air superiority could find themselves in for a big surprise, which is where a second layer of danger goes.

Once a major power saw its major conventional weapons defeated, how quickly would it go nuclear, possibly with a preemptive strike with clean nukes that don’t destroy the world… and reverse the situation again? This would not be so scary if the mutual security pacts worked out over many years of negotiations had not been scrapped by the US, but they have been.

The jury is still out on the call, and not that Obama never even hinted at changing any of that, Mr. Nobel Peace Prize guy, the worse goof that group ever made… Jim W. Dean ]

First trials of a sea-based Zircon hypersonic cruise missile have begun, a top defense industry source told RIA Novosti. The secretive missile is said to be capable of flying five to six times the speed of sound. It is launched from a 5G submarine.

“Zircon hypersonic missiles are already there, and testing from a ground-based launching site has begun,” a senior defense industry source told RIA Novosti on Thursday. The new, highly secretive missile would be able to fly five to six times faster than the speed of sound, the source added.

Zircon missiles would be mounted on the newest fifth-generation nuclear-powered Husky-class submarines.

Features of the new hypersonic missile are not found in public sources. Earlier in February, it was revealed that the Russian Navy’s nuclear-powered guided-missile cruiser Pyotr Velikiy (Peter the Great) would also be armed with hypersonic cruise missiles by 2022.

A military source told TASS the cruiser will be refitted with the brand new multirole 3S-14 vertical launch systems, which house three types of anti-ship missiles, including Zircon, Onyx and Kalibr.

Zircon will probably replace P-800 Onyx and Kalibr NK missiles. Both have supersonic anti-ship capabilities, while Kalibr can cover long-range distances of up to 4,000 kilometers and carry a 500kg warhead. The combat-proven cruise missile was seen in action last year, when it was deployed against Islamic State’s (IS, formerly ISIS/ISIL) defenses in Syria.

Russia is also actively developing other hypersonic systems, such as BrahMos, a short-range ramjet missile based on the P-800 Onyx. A joint Russian-Indian project, BrahMos is a portmanteau formed from the names of two rivers, the Brahmaputra and the Moskva. Traveling at speeds of Mach 2.8 to 3, it’s widely believed to be the world’s fastest anti-ship cruise missile in operation.

Hypersonic weapons are missiles and aircraft capable of reaching speeds of Mach 5 and more – or five times the speed of sound. They are extremely difficult to intercept due to their overwhelming speed and maneuvering capabilities. Hypersonic technologies in general, used in weapons systems and prospective aircraft, were seen by experts as a game changer in future warfare.