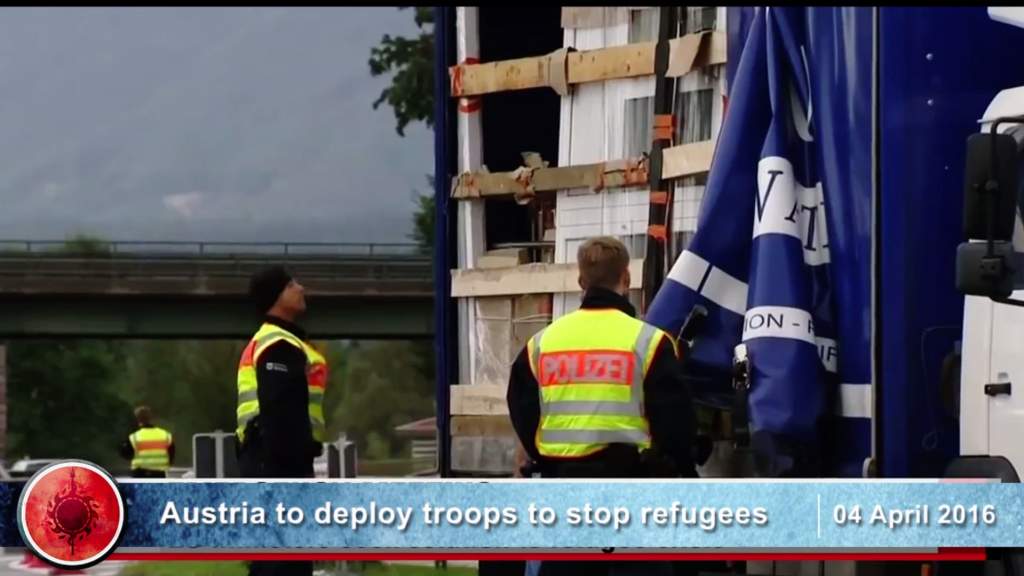 Austria is considering deploying troops to handle an expected inflow of refugees coming through Italy. In February, Austria introduced border restrictions, as did the Balkan countries.

A Greek farmer, who has had enough of refugees tenting on his land near the Idomeni border crossing with Macedonia, plowed through the campsite on his tractor, destroying tents and scaring the inhabitants.

The Ukrainian president accused the New York Times of engaging in a ‘hybrid war’ against his country after it published a damning report blaming the Ukrainian authorities, including President Petro Poroshenko for failing to deal with corruption and called on Kiev’s sponsors to withhold credits until the situation changes.

Five Turkish soldiers and a member of a special operations team died in a bomb blast on Saturday during a security operation in the Kurdish-populated city of Nusaybin in Southern Turkey.