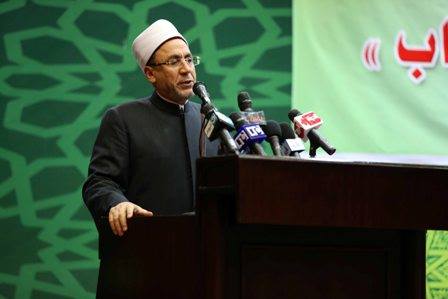 He also added: Qardawi wastes his life repeating his mental deposits and rejecting Sheikh Shaltout’s approach as wrong in approximation religions, but his name and innovation will remain a source of pride and dignity. The Arab and Muslim world will respect his personality and agents like Qardawi will not be able to crush his honor, extremists must wake up and learn lessons from their past.