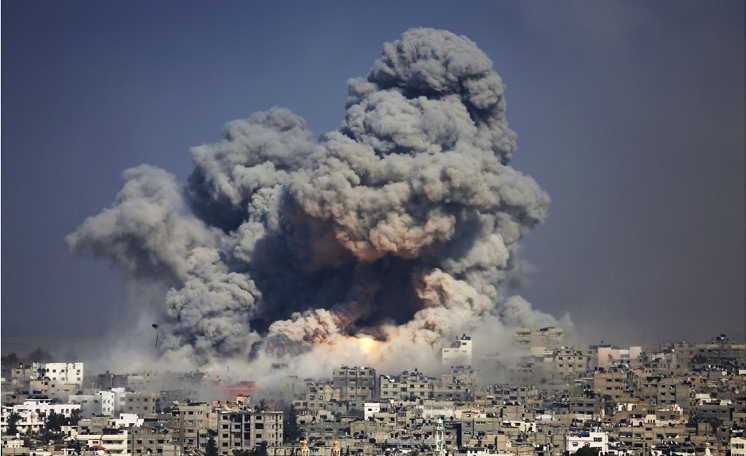 During a Friday televised statement, spokesman of Hamas armed wing, the Ezzedine al-Qassam Brigades, in Gaza Abu Obeida, said the movement has no contacts with Israel over the prisoners.

Palestinian resistance movement Hamas says it is holding four Israeli captured soldiers that it captured during the Tel Aviv’s regime 50-day war on the Gaza Strip in 2014.

“There are no talks or negotiations relating to the prisoners,” said Obeida while speaking on the local al-Aqsa TV with a poster behind him showing black-and-white photos of the four Israeli soldiers.

The Palestinian official stressed that Israel “will not [be able to] get information on the four without paying a clear price before and after any negotiations” on the issue.

He said that Israeli Prime Minister Benjamin Netanyahu is lying to his people” and “deceiving the families of the captive soldiers.”

Netanyahu recently claimed that “important progress” had been made in obtaining the return of two soldiers imprisoned in Gaza.

Tel Aviv has not made any comment on the announcement so far.

Hamas has refused to say whether the soldiers are dead or alive, but Israel had repeatedly announced that the soldiers were killed during the Gaza offensive and asked Hamas to return their bodies back to Israel.

Meanwhile on Friday, Times of Israel online newspaper referred to the four as two slain soldiers Oron Shaul and Hadar Goldin as well as 29-year-old Avraham Mengistu, an Ethiopian Israeli, along with a Bedouin-Israeli citizen.

Mengistu is said to have disappeared after he “independently” entered Gaza on September 7, 2014, two weeks after the end of latest Israeli war on Gaza in the summer of 2015.

The second man, whose name has not been released, is a Bedouin Arab from the village of Hura who reportedly entered Gaza via the Erez Crossing in April 2014.

In early July 2014, Israel waged a war on the Gaza Strip. The 50-day offensive ended on August 26 with a truce that took effect after indirect negotiations in the Egyptian capital Cairo. Nearly 2,200 Palestinians, including 577 children, were killed in Israel’s onslaught. Over 11,100 others – including 3,374 children, 2,088 women and 410 elderly people – were also injured.

Hamas launched retaliatory missile attacks against Israel, with Tel Aviv confirming that 53 Israeli soldiers were killed in Gaza war. However, Hamas puts the number at around 100.

Israel and Hamas do not officially maintain direct contacts, and any deal would have to be mediated by international parties. In 2011, kidnapped Israeli soldier Gilad Shalit was released in exchange for 1,027 Palestinian detainees, in a deal brokered with the help of a German diplomat.

The Israeli soldier had been held in the besieged Gaza Strip for more than five years.