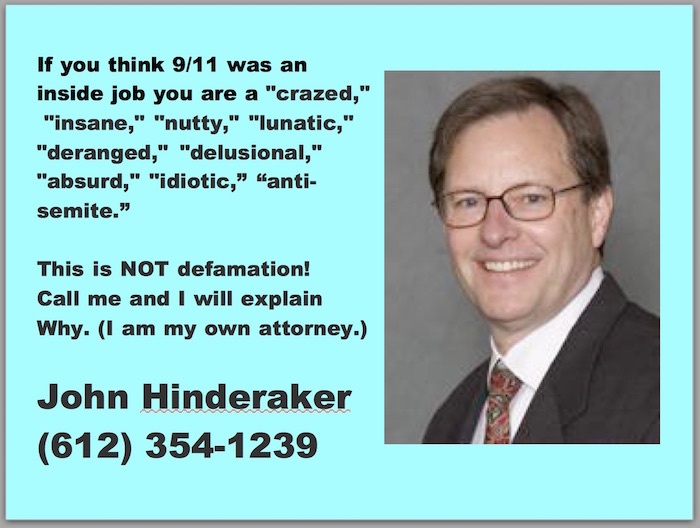 An attorney named John Hinderaker just published his second vicious attack on me:

A DERANGED ANTI-SEMITE ACCUSES ME OF LIBEL

He ends the article:

VT readers tend to be of above-average intelligence, and many understand the law, not to mention the difference between true and false. More than a few are practicing attorneys.

So readers who think Hinderaker’s article contains assertions that are false and/or defamatory may wish to contact him at (612) 354-1239 and explain why.

John Hinderaker’s email, for the record, is [email protected] .  (I’m not sure Wilson Pickett could sing quite so eloquently about an email address, though.)

Here are just a few of John Hinderaker’s assertions that are false and/or libelous.

Libel is a method of defamation expressed by print, writing, pictures, signs, effigies, or any communication embodied in physical form that is injurious to a person’s reputation, exposes a person to public hatred, contempt or ridicule, or injures a person in his/her business or profession. –Cornell University Law School