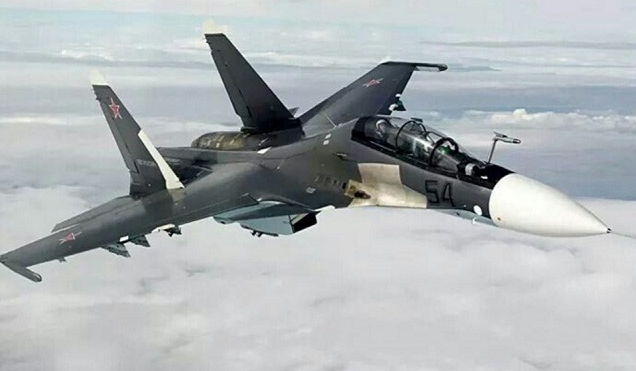 –
[ Editor’s Note: This ploy by the US is a classic diplomatic psyops where it makes up a rule out of thin air and then demands it be obeyed, and when it is not then counters that action as proof of “aggressive intention” which call for stronger measures to reign Russia in.
–
US foreign policy is getting so silly as to soon be game for a reality TV show satire, with maybe a name like “Fools in power”. We had the clown act this week with a Treasury executive saying that Iran will not be able to access US financial markets, and the Kerry the next day saying it can because it is in full compliance with the nuclear agreement.
–
So what is the deal here? Do we have Bush (43) NeoCon embeds in Treasury trying to impose a “light version” of killing the Iran deal via interpretation and manipulation? Gosh, would they really do something like that?… Jim W. Dean ]
____________
– First published … April 06, 2016 –

Russia has rejected a US claim that the sales of Sukhoi Su-30 fighter jets to Iran were prohibited under a United Nation Security Council resolution.

On Tuesday, the US Department of State Undersecretary for Political Affairs Thomas Shannon said Washington would use its veto power in the Security Council to block the possible sales of the fighter jets to Iran.

“Such deliveries are not prohibited, they are allowed, and this follows from the text of the resolution,” the Interfax news agency quoted him as saying.

Resolution 2231, adopted by the Security Council on July 20, 2015, endorsed a nuclear agreement between Iran and the P5+1 group, comprising Russia, China, France, Britain, the US and Germany.

Ulyanov said Moscow has not forwarded such a notification to the Security Council so far. Political analysts say Resolution 2231 does not prohibit Iran from buying fighter jets, and its language is not legally binding and cannot be enforced with punitive measures.

Iran and the P5+1 finalized the nuclear agreement, dubbed the Joint Comprehensive Plan of Action (JCPOA) in Vienna, Austria, in July last year. They started to implement the JCPOA on January 16, 2016.

On Tuesday, a senior Russian diplomat also said Moscow would begin the first shipment of its S-300 air defense missile systems to Iran in the coming days.

“I don’t know if this will happen today, but they (S-300 missiles) will be loaded (for shipment to Iran),” Interfax quoted Zamir Kabulov, a department chief at the Foreign Ministry, as saying.